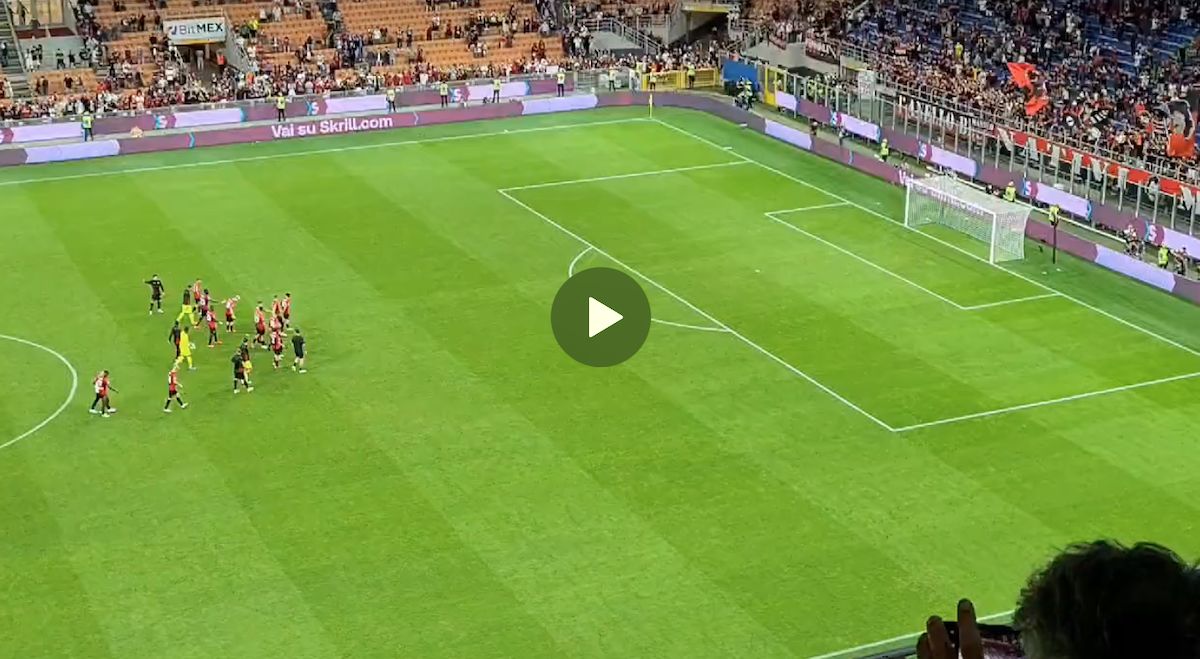 Watch: Special moment at full-time as Milan salute their fans after crushing win

There was a special moment at the end of tonight’s game between AC Milan and Cagliari as the team were able to salute the fans for the first time in a long while.

There were over 35,000 fans present at San Siro as the Rossoneri ran out 4-1 winners thanks to goals from Sandro Tonali, Rafael Leao and a brace from Olivier Giroud. It marked the first time Milan played in front of their home fans since earlier last year when they beat Torino 1-0, and at the end of the game there was a special interaction.

🤩 The players salute the Curva at the end of the game 🔴⚫️ pic.twitter.com/RAlFmU4Bju