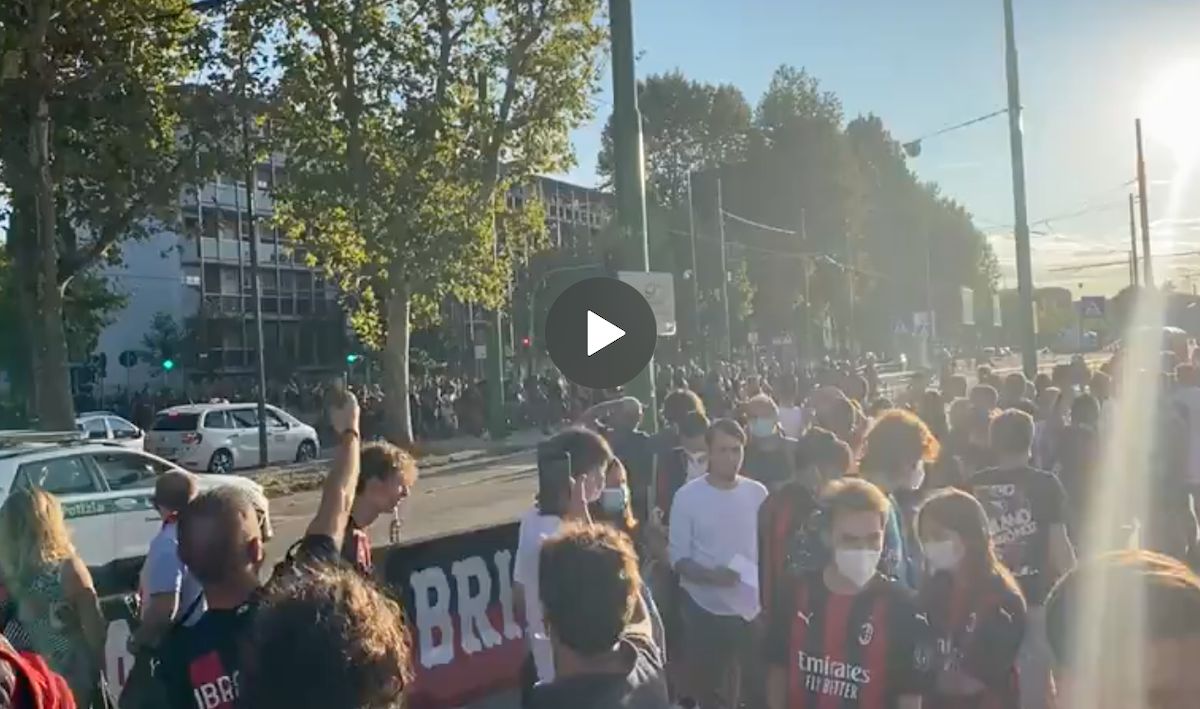 There is a brilliant atmosphere building outside San Siro ahead of AC Milan’s first home league game of the season against Cagliari tonight.

After showing their incredible support for the players yesterday during their training session at Milanello, the Curva Sud prepared for their return to the Secondo Anello Blu (second tier at San Siro) by marching to the stadium. The video below captures what is a special occasion, given fans have not seen Milan at home since early last year.