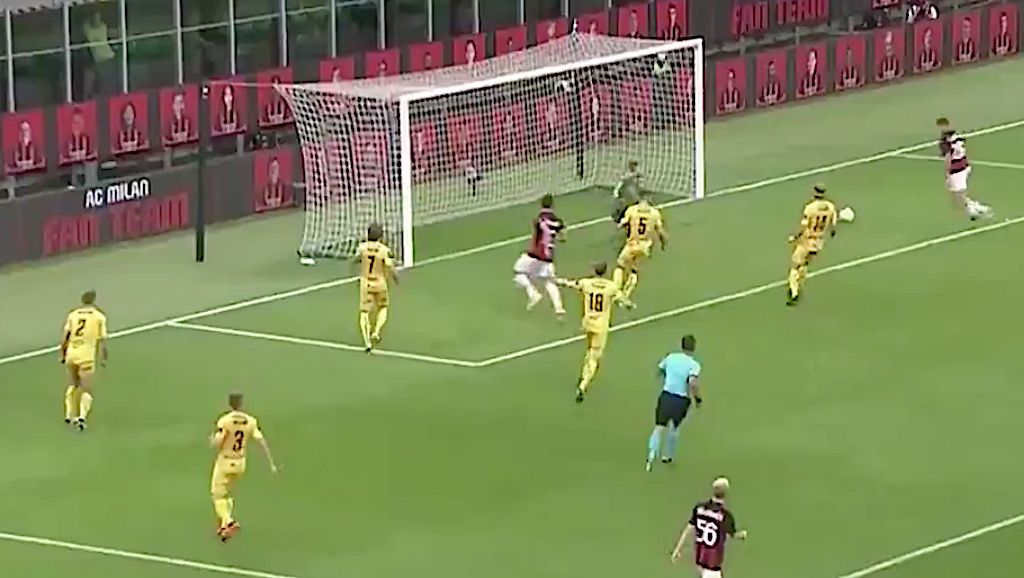 AC Milan Primavera product Lorenzo Colombo opened his account for the senior side in competitive games on Thursday night, netting against Bodo/Glimt.

In the 32nd minute, there was a moment to remember for Colombo. An attack down the left flank resulted in Theo Hernandez pulling the ball back into the box and it was diverted to the far post by Calhanoglu, who gave the 18-year-old the easy task of firing into an unguarded net as Haikin had gambled on the cross.