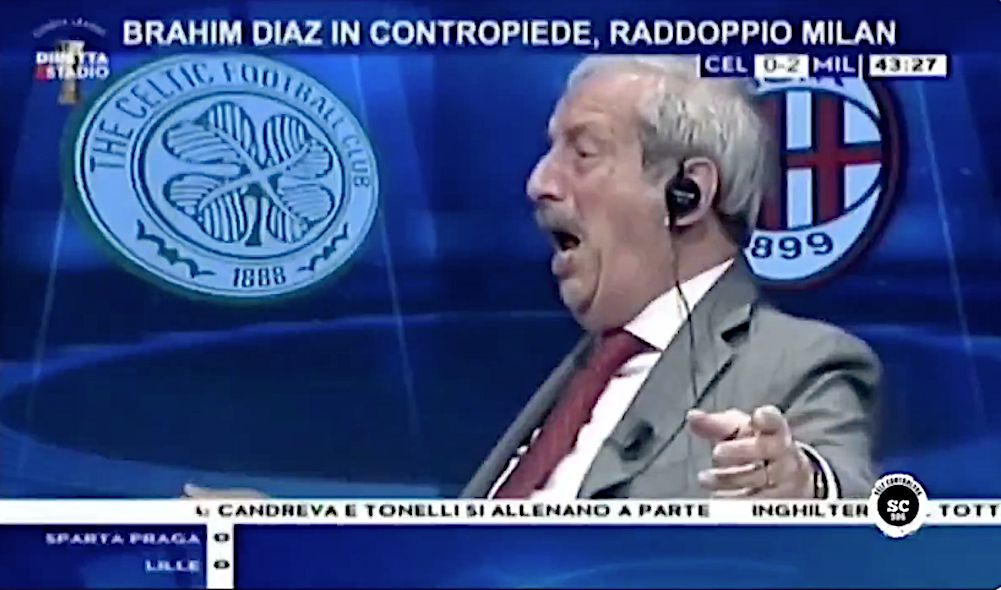 It was yet another fun night in the studio for Tiziano Crudeli as he saw his beloved AC Milan win 3-1 in the Europa League against Celtic.

It looked as though the Rossoneri would coast to victory as they took a two-goal lead into the break thanks to goals from Rade Krunic and Brahim Diaz, the second coming minutes before the interval, but substitute Mohamed Elyounoussi made it a very nervous last few minutes.

Jens Petter Hauge restored the two-goal advantage in the final moments as he scored his first for the club with a composed finish, and you can see Crudeli’s reactions below…

✌ As @Brahim makes it two.pic.twitter.com/EQP13x68ae

🇳🇴 And finally as @jenspetter99
makes it 3-1 with his first goal for the club.pic.twitter.com/nysp9tD6uA