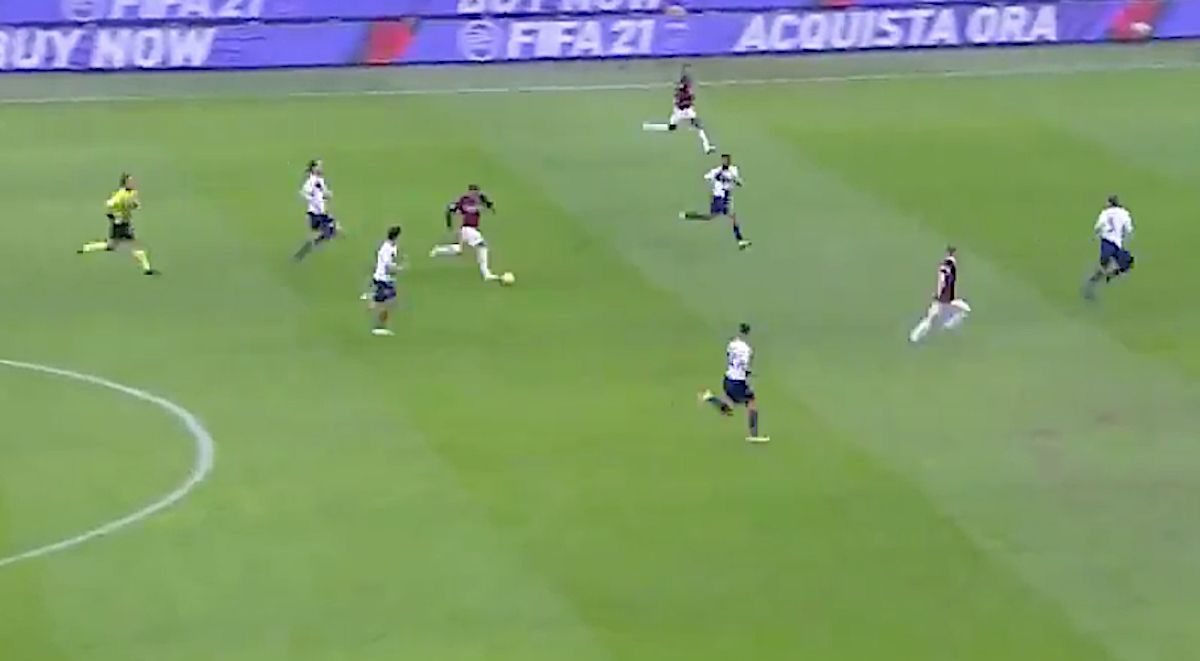 Even though Milan scored four times at San Siro yesterday, it would be fair to say that Theo Hernandez’s lung-busting first half run also got fans excited.

As we have seen so many times, the Frenchman picked the ball up near the edge of his own box and carried it past at least four players before reached the edge of the Crotone box and sliding a through ball to Rafael Leao.

Had he shot, it could have been a goal of the season contender, but we can still enjoy the 35.1km/h speed he reached during the game…

During the game against Crotone, @TheoHernandez reached a top speed of 35.1km/h.