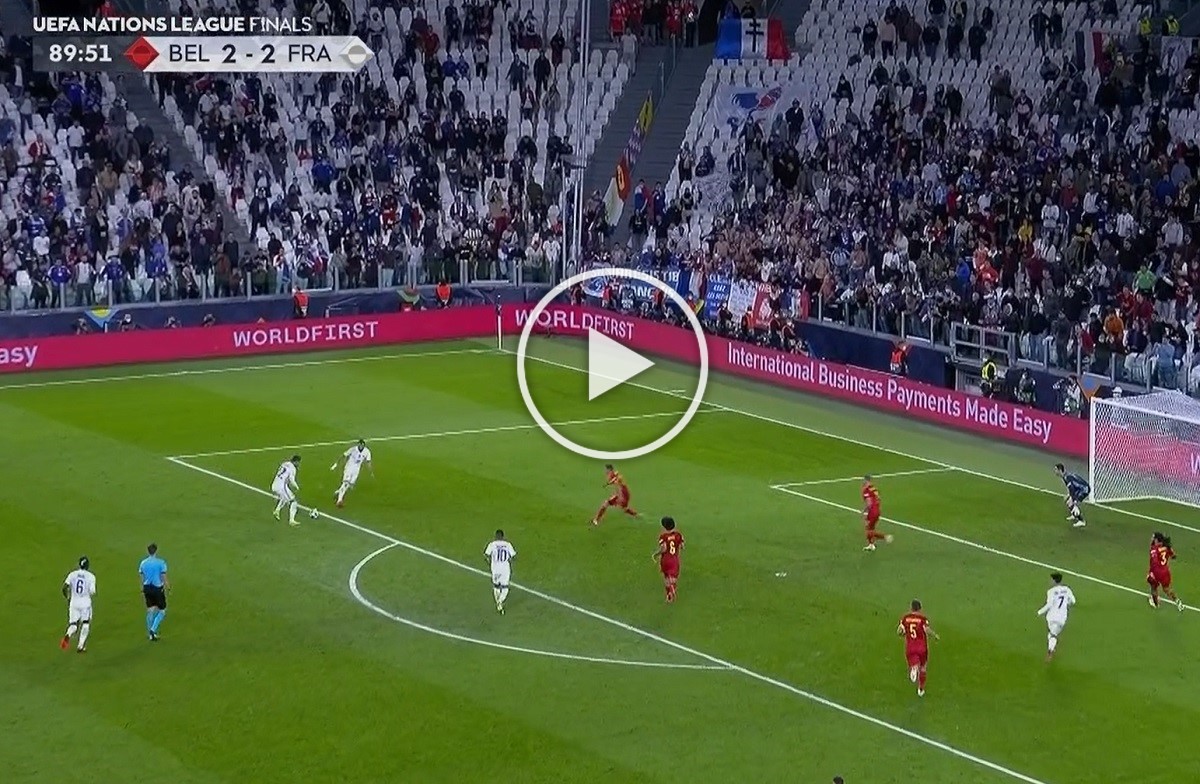 Theo Hernandez was called up to the French national team for the second time in his career for this international break and he has certainly introduced himself. In tonight’s clash against Belgium, he scored the winner.

The Milan left-back made his second appearance for France this evening as he started on the left flank against Belgium. The latter scored twice before the half-time break but crumbled and Hernandez scored the winner in the 91st minute.

We have seen it at Milan many times before. Receiving the ball on the edge of the box, Hernandez didn’t hesitate as he managed to find the back of the net with a great strike.  You can take a look at the goal below.

🇫🇷 @TheoHernandez scores in the 91st minute to complete a comeback for France from 2-0 down! 😍🔴⚫️

READ MORE – Pioli reveals he wants long-term Milan stay: “I hope to be the manager then”