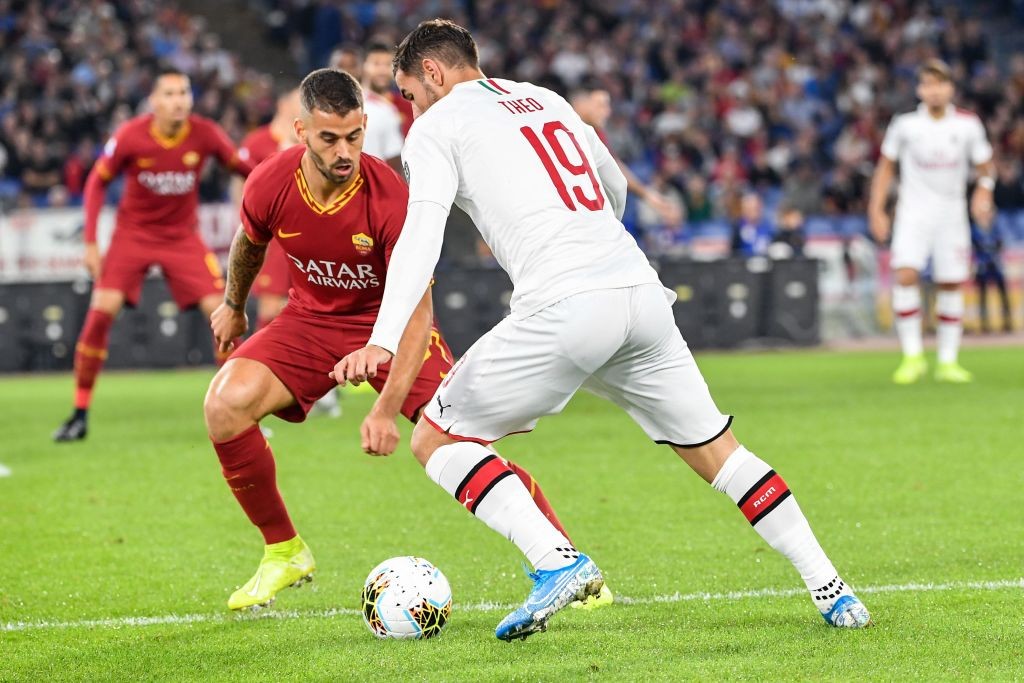 Watch: Theo Hernandez equalises against Roma after an amazing touch

Theo Hernandez scored his second goal as an AC Milan player at the Stadio Olimpico, levelling the scores against Roma.

Edin Dzeko had given the home side a first-half lead with a header from a corner, but Hernandez responded just before the hour mark.

A cross from substitute Davide Calabria was brought down by the Frenchman, who took a great touch before firing past Pau Lopez via Chris Smalling’s boot.

⚽ Game on at the Olimpico! pic.twitter.com/Dviez7GEQc