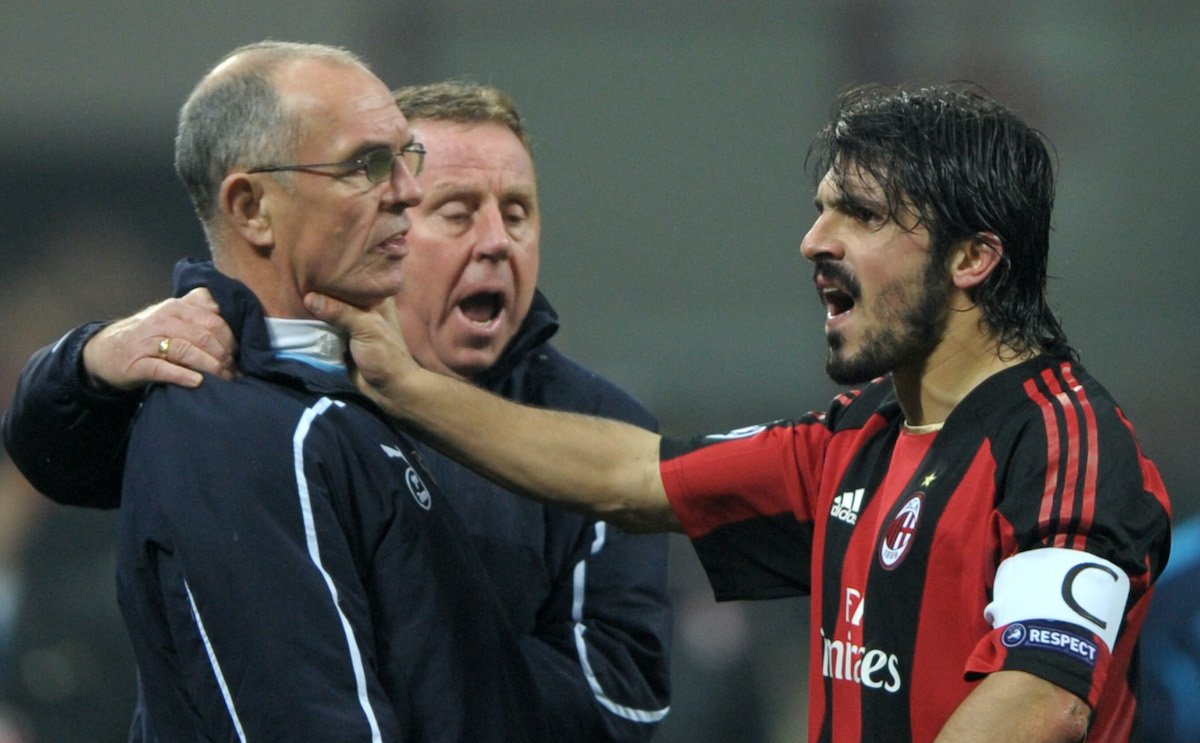 Watch: Throwback to Gattuso-Jordan clash in Milan-Spurs and the background – “I wasn’t going to move”

It was on this day two years ago that two icons of Milan in their own right took their spot as gladiators under the lights of San Siro.

A Champions League Round of 16 tie between Milan and Spurs exploded as Joe Jordan – a member of the London side’s coaching staff who played for the Rossoneri in the 1980s – clashed with Gattuso.

Gattuso’s agent – Claudio Pasqualin – said at the time that Jordan was at fault for crossing the line with an insult, as per the Star.

”Jordan, after having continuously heckled him, insulted him with truly low phrase, saying ‘f****** Italian bastard’. For one like Rino, who has a strong sense of his Italian identity, I think this is the most disgusting and unjustifiable of insults.”

Gattuso got a yellow card and missed the second leg, which was a 0-0 draw meaning that Spurs went through 1-0 on aggregate after Peter Crouch’s goal at San Siro.

“I lost my head, I did things I should not have done and I take responsibility for that. Jordan busted my balls for the whole second half, but I should not have reacted like this. I apologise, and if a ban arrives I will accept it.”

Jordan spoke to the Mail about the altercation: “I just happened to be there. Whether he knew me or not I don’t know. I don’t think it would have mattered to him.

“He’d lost it during the game, got booked and couldn’t play at White Hart Lane. And then he lost it in my area. He was the captain and you’ve got to be disciplined. I’ve lost it a few times. Not that many. I very rarely got sent off. I wasn’t going to move, put it that way. Definitely not.”