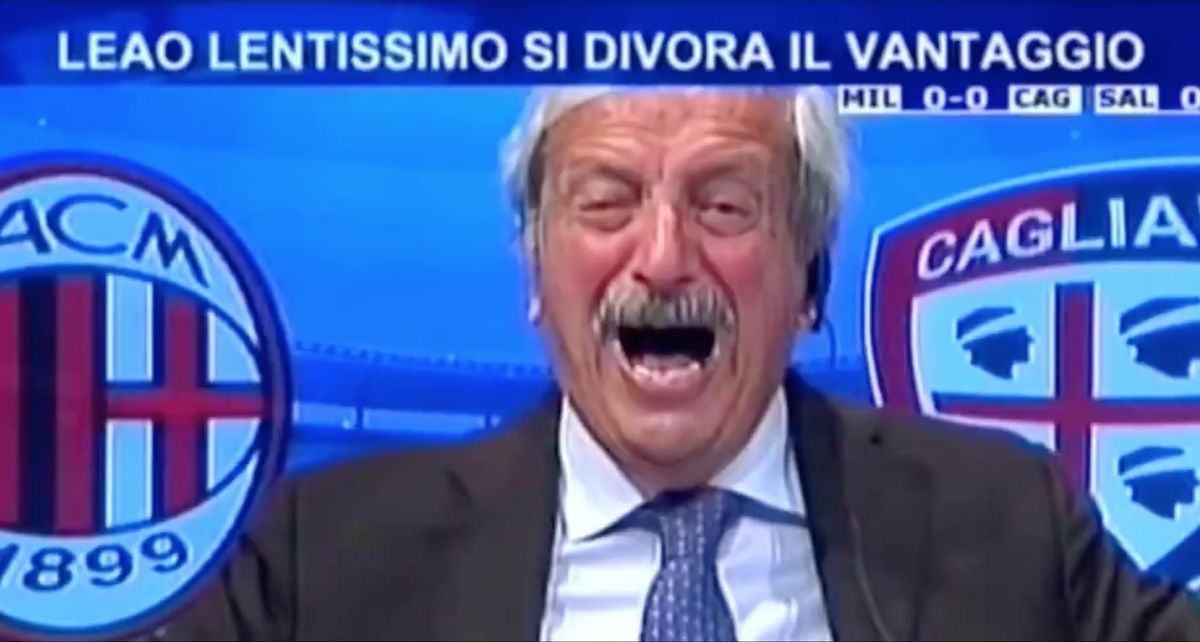 Watch: Tiziano Crudeli yells with joy as Milan net four times in the first half vs. Cagliari

Tiziano Crudeli was in fine form in the DS7 Gold studios as he got to celebrate four Milan goals during the win over Cagliari last night.

Milan scored four times in the first half against their opponents from Sardinia courtesy of a Sandro Tonali free-kick, a deflected Rafael Leao shot and a brace from Olivier Giroud. Milan scored 4+ goals in a single Serie A first half for the first time since November 2011, against Chievo.

Below are the reactions of Tiziano Crudeli, the legendary Milan fan and commentator…