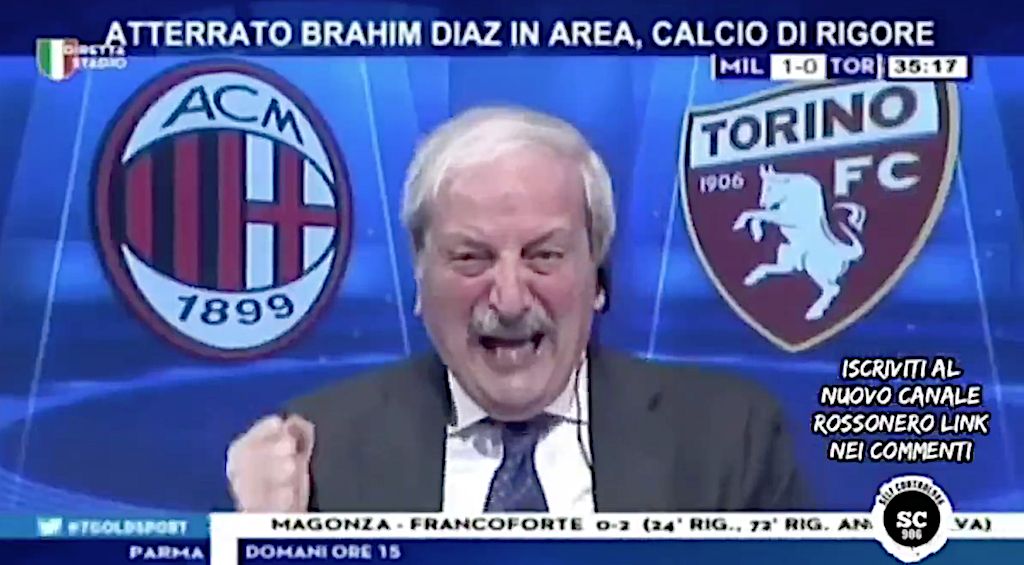 Watch: Tiziano Crudeli’s hilarious reactions to both of Milan’s goals against Torino

It was another fun night in the 7Gold studio for pundit Tiziano Crudeli as he saw his beloved Milan win 2-0 against Torino.

The result means that the Diavolo temporarily move four points above Inter in second, though they do have a game in hand against Roma which will be played tomorrow.

Below are Crudeli’s reactions to both goals…

😂 Tiziano Crudeli's reaction to both of tonight's goals…