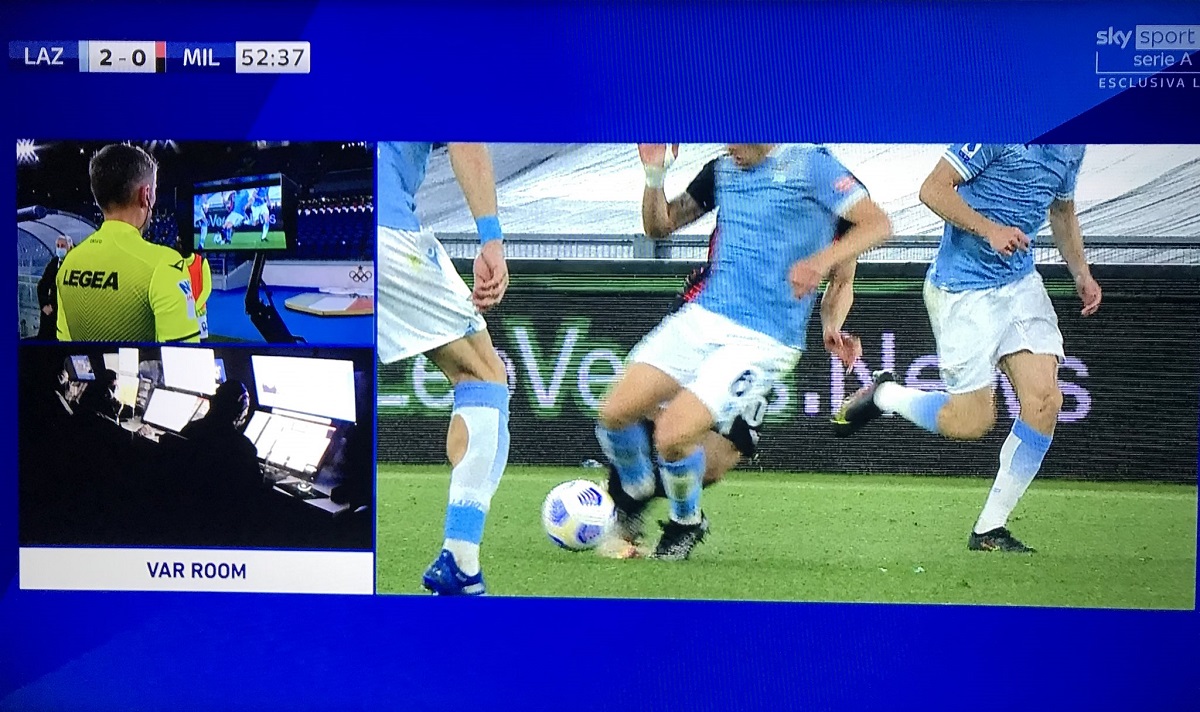 Milan were beaten by Lazio earlier this evening after what was a very disappointing performance. However, there was some controversy involved as the home side’s second goal should have been disallowed.

In the build-up to the goal, which was scored by Joaquin Correa, Hakan Calhanoglu was clearly fouled by Lucas Leiva. The latter didn’t get the ball as he took out the No.10’s ankle, which was evident on the replay.

However, Daniele Orsato eventually allowed the goal, despite checking the reply on the on-field monitor. It’s also worth noting that he allowed the goal and then went to the monitor, having made his mind up already by the looks of it.

READ MORE – Video: Donnarumma laughs and smiles despite 3-0 loss as he catches up with Reina