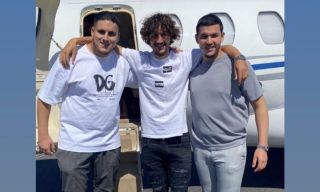 Watch: Winger gets ready to sign Milan contract while midfielder arrives for medical

A busy day continues surrounding AC Milan’s mercato as one new signing has done his medical while another has arrived for his.

Firstly, a video has shown Chaka Traore arriving to sign his contract after completing his medical and fitness tests this afternoon, ahead of signing from Parma for a small compensation fee. The 16-year-old winger will join the Primavera, but already has multiple Serie A appearances.

✍️ Chaka Traore has completed his medical and has now arrived to sign his contract!

Then, an Instagram story has shown that Yacine Adli has also touched down in Italy to begin his medical ahead of a move from Bordeaux.

✈️ Meanwhile, Yacine Adli has touched down ahead of a move to #ACMilan 🔴⚫️🇫🇷 pic.twitter.com/rqTnztowUi