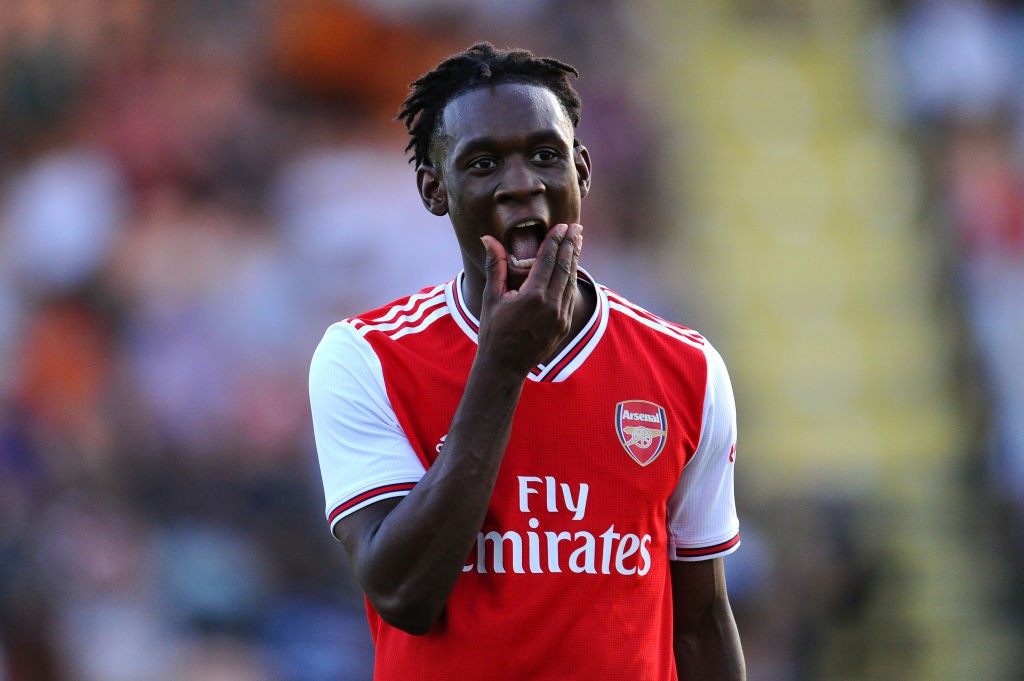 It would be fair to say there has been a mixed reaction to reports that AC Milan are targeting a move for Arsenal’s Folarin Balogun.

The Daily Mail are reporting that Milan have been taking note of the England U18 international’s exploits, with former Gunners CEO Ivan Gazidis potentially having had a hand.

Brentford – who are battling for promotion to the Premier League for the first time – believe that they could beat competition for the Rossoneri though with a £5m (€6m) bid for a player who has 18 months left on his deal.

Balogun has been in ted hot form for Arsenal’s U23 side this season, amassing seven goals and four assists in 12 games despite having injury problems.

In addition, the 18-year-old scored 28 goals in 28 games at youth level for Arsenal last season, including 25 in just 19 games for the U18 side.

However, some Milan fans are not thrilled about the transfer link…

Battling against Brentford! Says it all

We don’t need another youngster.. we need to buy players that actually strengthen our team

If it’s a low cost deal, fine. But not anymore than the 6-7 million. Still, we need more experience.

State of this club

Why @acmilan being linked to every nonsense????