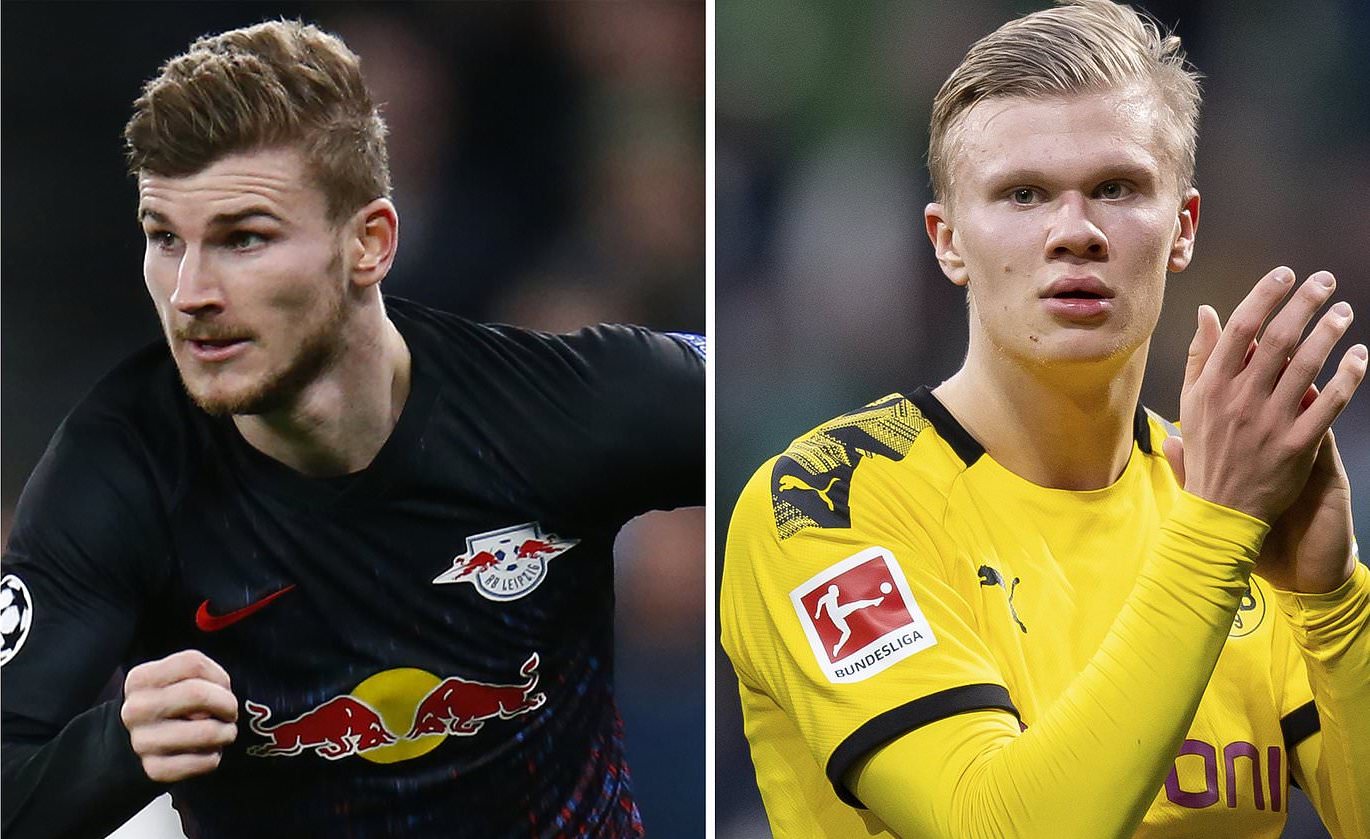 Werner, Haaland and Nagelsmann – 7 of the best recruitment decisions Ralf Rangnick has made

After another season of disappointment in terms of results on the field, it seems as though AC Milan are heading for yet another revolution off the field.

This time though, it looks like the Rossoneri will opt for a foreign influence in the form of Ralf Rangnick. Club CEO Ivan Gazidis decided to take over the reins and looks set to entrust the German with a double role as head coach and sporting director.

It is only natural therefore to take a look back at some of the recruitment Rangnick has been responsible for during his time at Schalke, Hoffenheim, RB Leipzig and the Red Bull football department in general.

Seemingly now wanted by most big European clubs, Rangnick was instrumental in signing compatriot Timo Werner for what now appears to be a bargain fee of €15m (as per transfermarkt) from Stuttgart for Leipzig back in 2016.

The 23-year-old has 88 goals and 38 assists in 148 games in all competitions for Die Roten Bullen, and now has a market value north of €75m as per most outlets.

In addition to the Werner, one of the most important names that Rangnick can be credited with scouting is Liverpool winger Sadio Mane. He was signed by Red Bull Salzburg from FC Metz for only €4million. Today, according to Transfermarkt, Mane is worth €140m.

It was with the Austrian side that he made his name, amassing 45 goals and 32 assists in 87 games before joining Southampton and then Liverpool, where he has 76 goals and 33 assists in 158 games under Jurgen Klopp.

The Rangnick influence upon Liverpool doesn’t end there either, as he was at Hoffenheim when they took a chance on signing Roberto Firmino from Brazilian side Trombense for just over €4m back in 2011.

He spent four-and-a-half years at the Rhein-Neckar Arena, racing up 49 goals and 36 assists in 153 games for the Bundesliga side before completing a move to Anfield, where he has 76 goals and 59 assists in 232 appearances and has established himself as one of the best creative strikers in the world.

The centre of a huge transfer battle last month, Rangnick also spotted the talent of Erling Braut Haaland and signed him for Red Bull Salzburg from Molde back in January 2019.

The Norwegian teenager would go on to score 29 goals in the 27 games he played for Salzburg which was enough for Borussia Dortmund to take a punt on him. He already has 12 goals in nine games for the black-and-yellow.

Naby Keita was signed from FC Istres six years ago for Red Bull Salzburg, where he quickly progressed and was ultimately then signed by RB Leipzig two years later.

He would play just 71 games there before making a big-money €60m move to Liverpool – completing the trio of players who have been poached by the Reds having been spotted by Rangnick – where he has six goals and two assists in 51 appearances.

It is also worth considering that Rangnick has a track record as a sporting director for putting the right managers in place for clubs within the Red Bull empire.

He convinced Nagelsmann to leave his old club Hoffenheim and take on a new project in Leipzig, where has is currently in the midst of a battle to win their first ever Bundesliga table, averaging 2.03 points per game since his arrival and impressing hugely with the 3-1-4-2 formation he is deploying.

It was back in June 2012 when Rangnick became the sporting director for both Red Bull Salzburg and RB Leipzig, and he decided to hire Roger Schmidt to be the head coach of the former.

It proved to be an inspired appointment, as he won 68 of his 99 games in charge including a league and cup double in 2013-14 as Salzburg were finally able to overthrow traditional powers Austria Wien and Rapid Wien, winning the title by 18 points.

Not only that, but they scored 110 goals in 36 games in the season they won the Austrian Bundesliga, scoring at least five goals in 11 league games. It was also a big season for the development of the likes of Sadio Mane and Kevin Kampl.

“I’ve met a lot of people in football, but I’ve never come across someone who is as mad about the game as Ralf Rangnick,” Kampl said earlier in 2018-19.

“It’s just a joy to work under someone like that. He’s done a fantastic job.”

Let’s hope that Rangnick’s European influence can finally help restore Milan back to one of the continent’s elite.