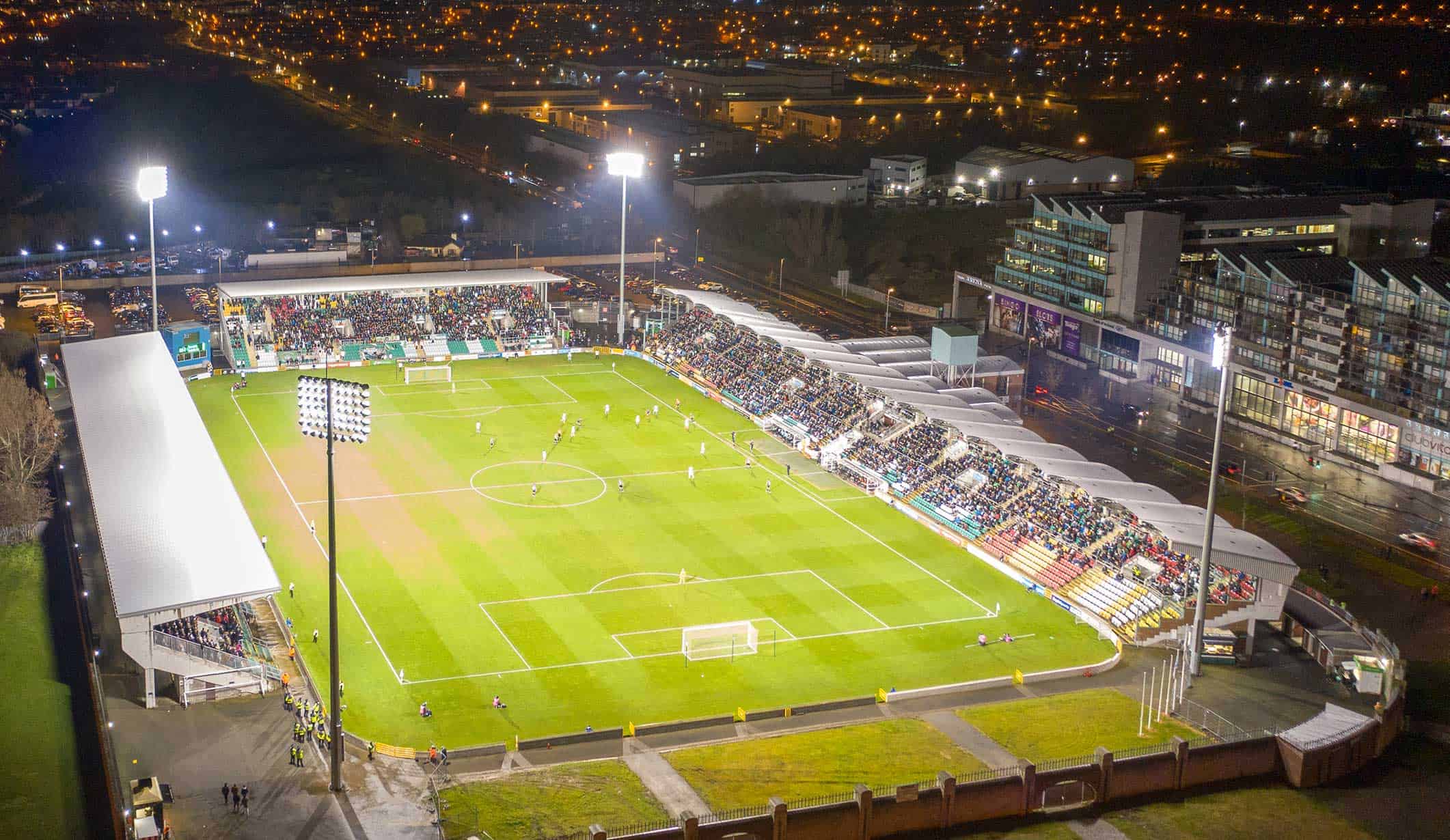 AC Milan kick off their 2020-21 season against an opponent that they have never played before in Shamrock Rovers.

The Rossoneri will make the trip over to Dublin for a one-off knockout game in the second qualifying round of the Europa League, and some are calling it a potential banana skin given the Irish side are top of their league and playing fantastic football while Milan have plenty of selection issues.

What were your reactions upon seeing that Shamrock Rovers had drawn AC Milan?

SRTV: I thought and still think it will be an incredible game for Shamrock Rovers and Irish football in general, with world class players coming from Serie A to play at Tallaght Stadium. It would have been great also to have the Milan fans over in Dublin!

Stephen: Delighted, we have been on good form this season and I think we deserve a chance to go up against a massive club like Milan in a big European night

How much of a shame is it that fans won’t be allowed, and could home advantage have been a big difference?

SRTV: It’s a massive shame for the players and the fans. It would have been great to see players like Zlatan Ibrahimovic playing against our top players, it also would have raised a lot of money for the club as it would have been a sell out game. The atmosphere that Rovers fans create at matches is special, so their support at this game would have really helped the team. I still think though, that being at home and knowing they have that support, will be a big help to Rovers.

Stephen: It’s heartbreaking really because these opportunities don’t come around too often, the atmosphere would be electric in normal times and that would have had an affect on the players but I think they are used to playing behind closed doors now and it could even be a leveller more than anything else.

Is this up there with the biggest games in the club’s history?

SRTV: Yes definitely we’ve had some other great teams like Real Madrid and Juventus, but this has to be up there in terms of a big occasion. European matches are always special for Shamrock Rovers and their fans.

Stephen: It’s definitely up there in terms of opponent stature. We played Juventus in 2010 in similar circumstances and the next year in 2011 we were the first Irish club to qualify for the Europa League after beating Partisan Belgrade where we went on to play the likes of Tottenham & Rubin Kazan in the group stages.

You’ve had a fantastic start to the season domestically, what has been the foundation of that success?

SRTV: Yes Rovers are doing very well, we are currently top of our league. I think a big thing for the team has been the ability to come back from going behind in a game. For example, in our First Qualifying round we beat Ilves Tampere, after going behind twice. I think the team work very well together, and have strength in all areas of the pitch. The manager Stephen Bradley really has the team playing well.

Stephen: Bradser, our manager has been in situ since 2016 and has built up his team since then, bringing in a mixture of new and familiar faces to Rovers. We won the FAI Cup last year for the 25th time (a record) but it was the first time we’ve won it since the 1980s so that definitely spurred the team on.

Which players should we be looking out for?

SRTV: We have a lot of great players, Jack Byrne is a super player and so are Graham Burke and Aaron McEneff. Our goalkeeper Alan Mannus is class too. But equally every player has played their part this season.

Is this sort of a ‘free shot’ for Shamrock, allowing the players to play without pressure?

SRTV: I don’t think so. It is a huge occasion for the club and the players, and they will want to impress and give it everything. They will have expectations of themselves. And ultimately the players want to win.

Stephen: I won’t imagine Bradser would consider this pressure-free, Rovers need not only the momentum but also the financials to continue to compete on the highest level possible, especially in these times and when there’s only one leg, anything can happen.

What kind of a game are you expecting? And what would you say are the chances of the home side progressing?

SRTV: I think it could go either way as Milan are a top side but may rest some top players. Obviously AC Milan are the favourites, no question about it, but Rovers will want to make a good game of it and will be up for the challenge. Either way, I think we’ll see some goals on the night!

Stephen: Rovers would of course be defending a lot but if we use our wing backs & Byrne & Burke well, anything can happen in 90 minutes.

SRTV: That’s very hard to predict, as Milan are a top class team but as I said, they may rest some top players. Rovers will be super prepared for the game and I think that we will score. Maybe we will take it to extra time and it could go any way! Really looking forward to the game!

Stephen: 1-1 with Milan winning at ET.