Where AC Milan rank against Inter, Juventus and other rivals in 2021 summer spending

AC Milan were the second-biggest spenders in Serie A over the summer with regards to net spend as Roma led the way.

As ACMaldini documents on Twitter via a graphic, Milan’s summer transfer window saw them generate just €3.5m in income through the sale of Diego Laxalt to Dynamo Moscow in Russia. They spent €72.7m on a total of 11 incoming operations. 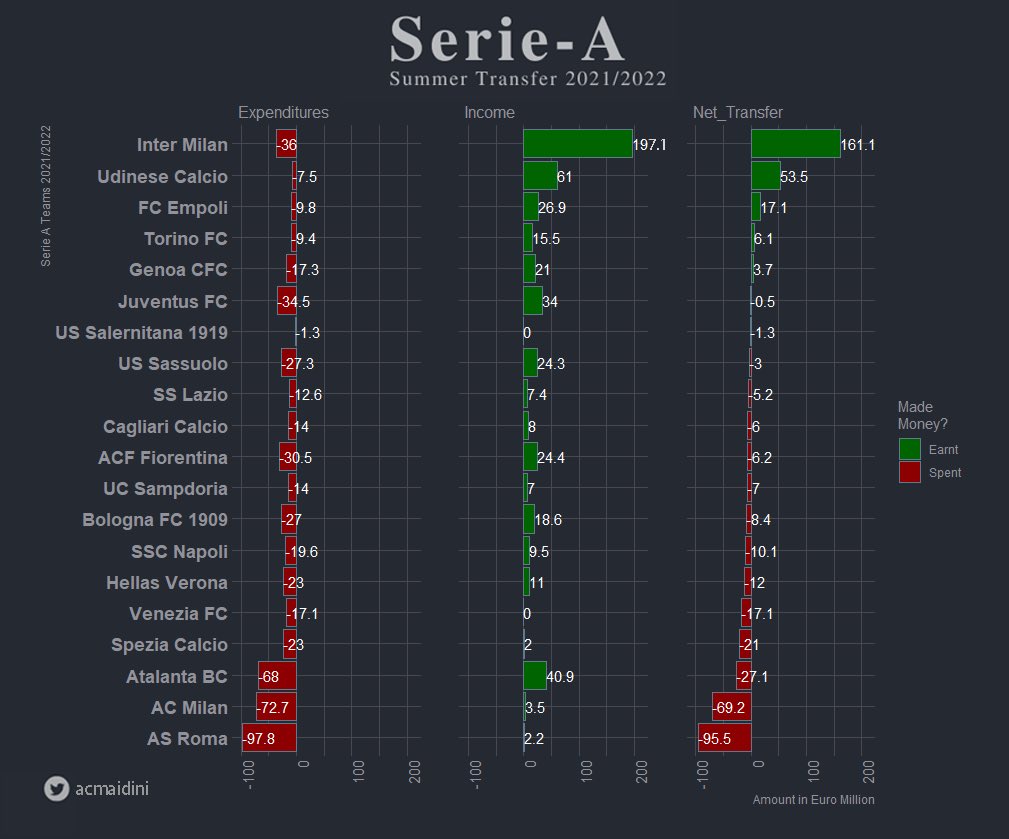