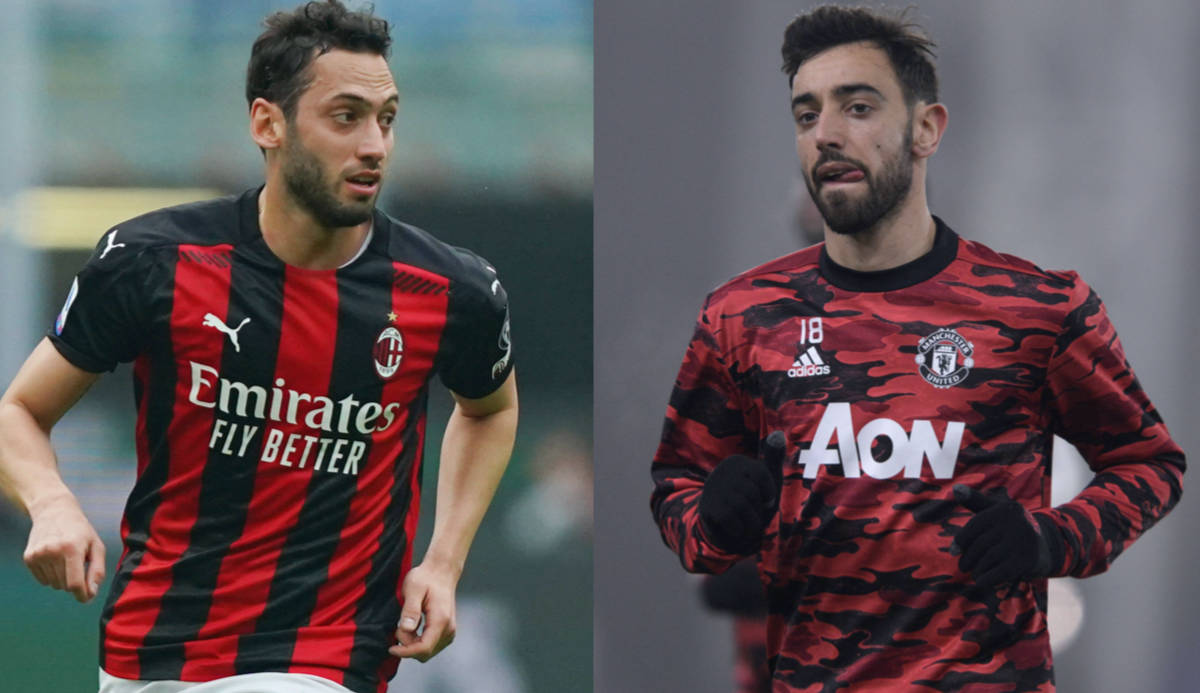 Although they will be on opposite flanks tonight, both Theo Hernandez and Luke Shaw will be tasked with defending well and creating. In terms of stats, Theo has five goals to Shaw’s one, while both have six assists this season. 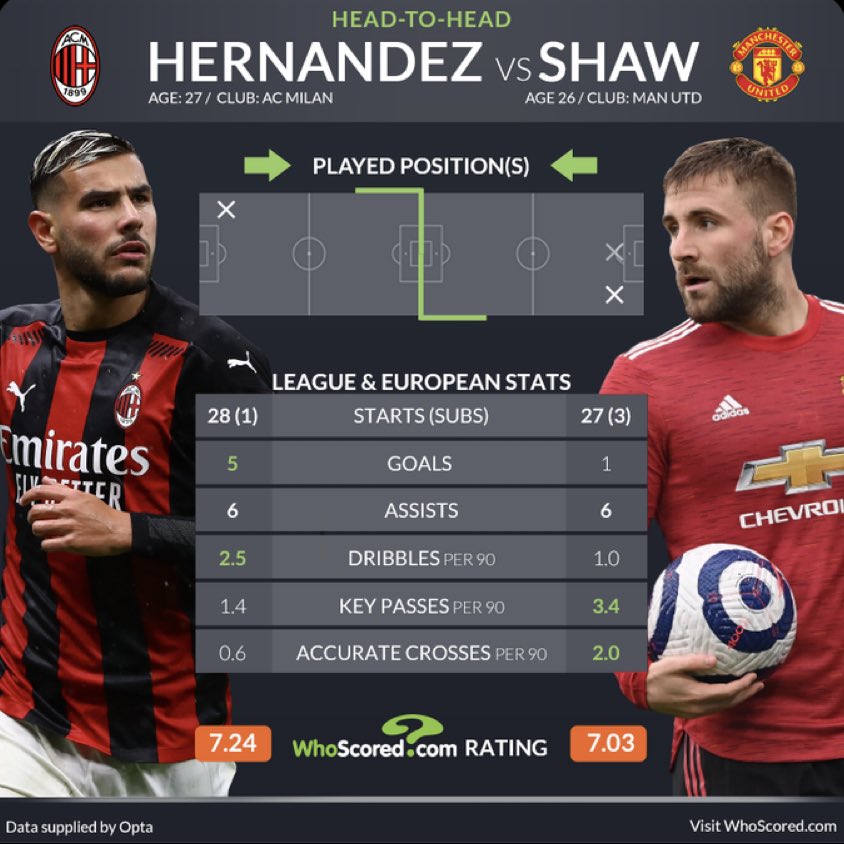 Now we have the most interesting battle: Hakan Calhanoglu vs. Bruno Fernandes. Bruno has 22 goals to Calhanoglu’s 8 and 12 assists to the Turk’s 2 (he has 11 on Transfermarkt), but he has also played 14 more games with injuries hindering Calhanoglu’s campaign. 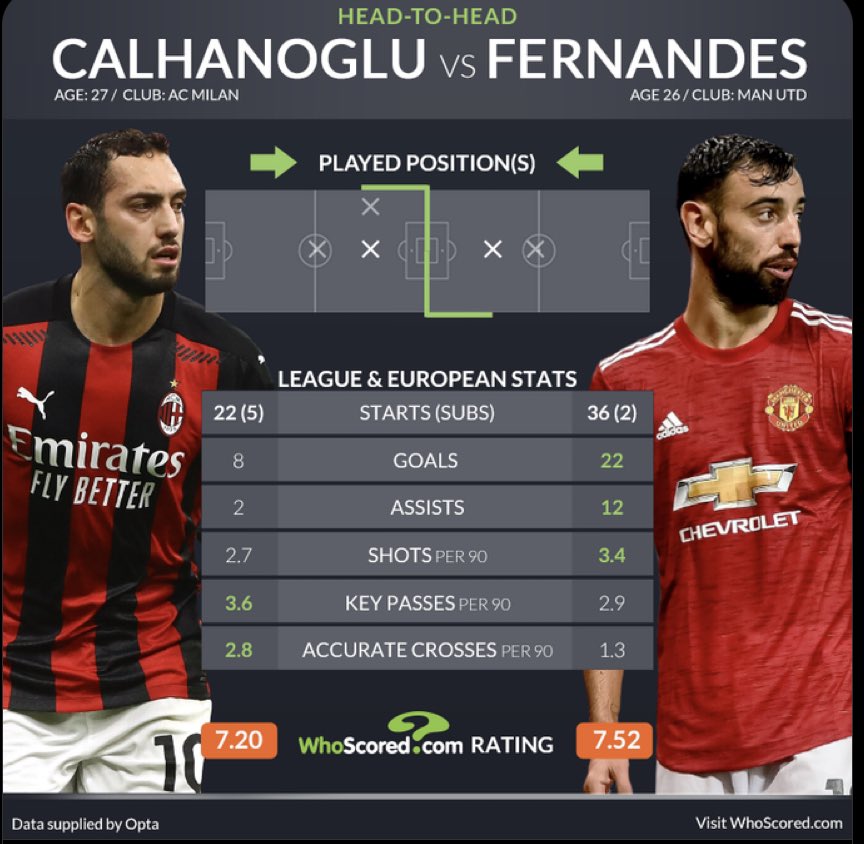