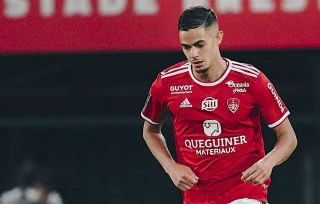 Tuttosport: Why Milan have decided not to pursue Brest winger Faivre in January

AC Milan’s interest in signing Romain Faivre from Brest in January appears to have waned with the management looking at other targets, a report claims.

Faivre was heavily linked with a move to Milan over the summer and he tried to force it through by not showing up for an away game. He recently caused a stir by giving an interview to La Gazzetta dello Sport earlier in the week where he revealed that he is charmed by Paolo Maldini’s phone call and dropped a strong hint that he is gearing up for the move, even claiming he has spoken to former Monaco team-mate Fode Ballo-Toure about the club.

According to Tuttosport (via MilanLive), the Rossoneri management are not interested in being dragged into any kind of war of words or anything that might make them seem as though they are behaving in an improper way, especially with the window closed and without an official negotiation in progress.

Faivre’s profile is one that Paolo Maldini and Ricky Massara admire but the unorthodox tactics of the player to try and twice force a move have put them off and he is no longer at the top of the wish list for January.

Milan will choose a different playmaker for the January market in all likelihood but it could also be postponed until next summer, especially if Junior Messias were to recover from injury and offer more guarantees and if Samu Castillejo were to remain.