Friendly goal and a first senior deal: Why Milan believe so much in Victor Eletu

A new name has entered the spotlight of AC Milan’s young talents in the last few days as Victor Ehuwa Eletu signed his first professional deal, but those who know him well have been watching him impress for months.

Eletu has been a key part of Ignazio Abate’s Primavera side so far having made 19 appearances in the current campaign across all competitions, with the 17-year-old playing predominantly as a deeper-lying midfielder in front of the back four.

Yesterday, a photo emerged confirming that he has extended his contract until 2025 in a deal was completed by Ted Dimvula –  the lawyer that is in talks with Milan over Rafael Leao’s extension – and then in today’s friendly Eletu got a goal and an assist off the bench to really make his mark.

What kind of a player is Eletu? Scout7Calcio has given us the rundown…

Plenty of Milan fans will have already seen Eletu in action if they watch the Primavera, but for those who are confused why so many are celebrating the renewal of the teenager, it is important to highlight his talents.

First we start with a heat map. Eletu is a defensive midfielder/deep-lying playmaker, but Ignazio Abate this year also used him as a box-to-box midfielder, making him versatile. 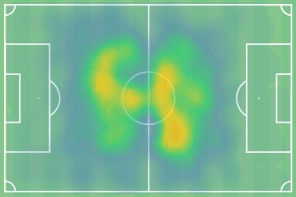 Below is a map of his passing in a game vs. Empoli, where he is the centre of the passing network, be it to calm the play down or use his passing skills to make a dangerous deep pass. 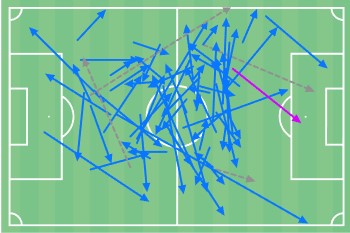 The two maps below below show his passes to the final third and to the penalty area in the same game. 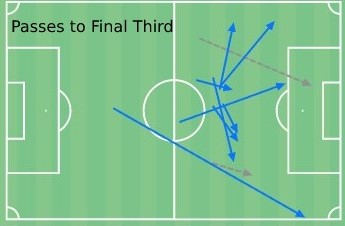 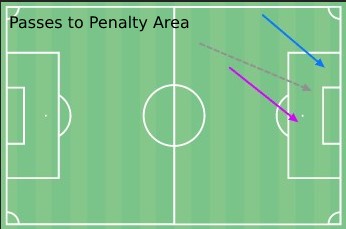 From this, we start with one of Eletu’s biggest strengths which is his passing game. Here is a clip of one of his dangerous long balls (one of the Passes to the Penalty Area from the Empoli game), which he makes look effortless and it ends with a really dangerous header by Jordan Longhi.

Not only is his left foot a thing of beauty when he has the time to make those dangerous balls, he also is very quick and lethal to start counter-attacks like here again from the Empoli game, as with two touches he initiates the counter.

Another great strength of the Nigerian-born midfielder – thanks to his incredible passing and Vision – is his ability to switch flanks. He provides quick vertical balls the ball from one side to the other, something we have seen senior players struggle with.

Onto the next strength: dribbling. Eletu is very skilful on the ball and he has a lot of confidence, be it in tight spaces or to progress the play forward, even against physical teams (Torino/Liverpool). He stands his ground while dribbling to maintain possession.

Eletu’s ball winning skills are very good too, and his anticipation of movements from the opponent are already at a high level but can still improve. This is where he has made a huge step from last season, and the next clip shows it.

Here the opponent waits until Victor is near him, his plan is to make a quick change of direction to let Eletu move into empty space, but he anticipates that and wins the ball back with ease. A key stat: he averages 3.43 interceptions per 90 mins.

Since last season, Eletu has become even more physical in 1v1 duels or even in holding up the ball. In the clip below he uses that physicality against a Torino player (who are one of the most physical teams in the Primavera) and wins the battle.

One of the most important things about being a midfielder and especially one that looks to be a ball distributor/carrier is the ability to scan the field and quickly process situations to then make the right decision.

Eletu has to improve in that respect, and below a clip of him getting the ball and looking for the next move while from behind an opponent challenged him, but at the last second Victor sees him and uses his dribbling to not lose the ball. He will not always get away with it.

Another highlight below shows him winning the ball and dribbling past three players before then almost losing possession to a player arriving from behind. The 17-year-old has to learn to use his vision in finding team-mates or free space, scanning the field all the time.

Another ‘weakness’ is his over-committing to a ball that he thinks he is near to winning. In this clip he almost gets the ball and over commits so much that he fouls the player.

Victor Eletu is a huge talent and already last season we saw this. He is experiencing a golden moment of sorts as he deserves his first professional contract and scoring in the friendly win at Milanello on Thursday afternoon will help.

Eletu has a very high ceiling, while picking out things such as scanning the field shows he does not have a lot to work on as this is what sets apart the elite. However, given his age and potential he can still improve in all the things he does great to make them perfect as well as develop the rougher edges of his game.