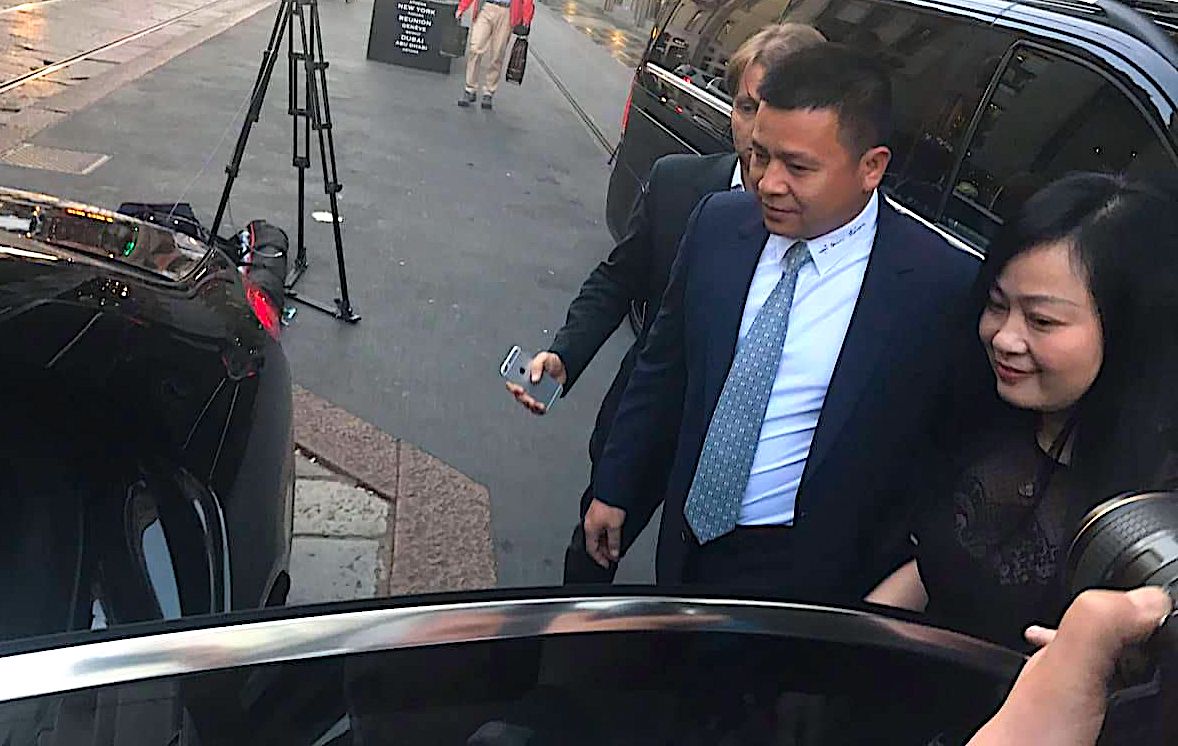 Yonghong Li speaks for the first time: “I invested in Milan out of passion, Elliott has other ideas. Commisso? His offer was an insult”

Yonghong Li has broken his media silence to speak to SempreMilan about a number of key issues related to the club and his time as owner.

The former Milan president granted us a long interview with our journalist Vito Angele, and you can find the questions and his responses below…

You saw your first your derby three years ago at San Siro. What do you remember about that day?

“It was great. That stadium is iconic – and there’s really nothing like it in the world. You could really feel the energy. The spirit of the fans is what I remember most about it. I still remember Zapata who equalised with a goal in the last minute. He gave his shirt to me as a welcome gift after the game.

The Rossoneri fans had a big appreciation and love for you immediately. Were you happy about this?

“Yes, the fans are truly the most important part of AC Milan. They come from all over the world and are extremely passionate. When they come together in unison, to cheer on the team, you can feel it in your soul. The players really thrive off the passion that the fans emanate, which is now amplified by the stadium. In my opinion, the fans of AC Milan are truly diehard fans. We have had ups and downs, but the fans were always there.”

You have had a great impact on our club and you gave a big budget for the first transfer market. Did you want a player in particular? And did you try for Cristiano Ronaldo?

“As David Han said during his interview, the fans deserved better after a long silence in the market and the competitions. We wanted the fans to be happy again and tried to do what they deserved. But the transfer market is determined by many different things.

“There were many players we were considering, though I’d prefer not to go into detail about the specifics. Obviously Cristiano is world-class, any coach would be happy to have him. My aim was to do the best by the team, the players and the management.”

Were you upset to have lost AC Milan? And how did it happen?

“Of course. AC Milan was more than just an investment for me. It was my passion. So yes, it was tough when AC Milan was taken from me. As you know it’s a long story but my business associate, David Han, spoke to Forbes about it a few months ago.

“I’m sure you know my views on Elliott Management. I don’t think that the firm saw or will ever see the club as I see it. Elliott has other motivations and its background speaks for itself.”

Gazidis and Elliott are running Milan with few results so far. Do you think it is right to let players like Ibrahimovic and Bonaventura leave? And what do you think about Elliott?

“I’ll just say this – Ibrahimović is an excellent player who still gets results. Clearly, Gazidis is employing another strategy but – with regard to its usefulness – only time will tell. Gazidis has a tough task to carry out. I don’t want to complicate it by saying what he is doing is right or wrong. Although, looking at the results, it is clear to me that something ought to change.”

Commisso, Fiorentina’s owner, has said that he called you, but you didn’t want to meet him. Would to like to respond to him?

“What Commisso offered was a joke and an insult to us, especially to such an important club as AC Milan regardless of whatever he said in the press. Maybe he was misled by his advisors who were potentially really arrogant and ignorant.

“We didn’t want to waste our time when we had more important things to do and better offers to negotiate. President Berlusconi was sad when he sold Milan, like me.”

What was your relationship with Berlusconi?

“He seemed very nice to us – really a remarkable figure. There is a reason why still he is respected by many Rossoneri.”

Football was stopped by COVID-19, what are your thoughts on the crisis?

“Coronavirus obviously has dealt a serious blow both to China and to every single nation on Earth. It’s been a setback for football but the human will is very resilient, and I truly believe that by working together in harmony the world can be renewed.”

Many fans are hoping that you will come back one day. Could it be possible?

“I thoroughly enjoy reading their comments on my Twitter profile, and I will make a better effort as time goes on, and get better at using it, to respond to more of them individually.”