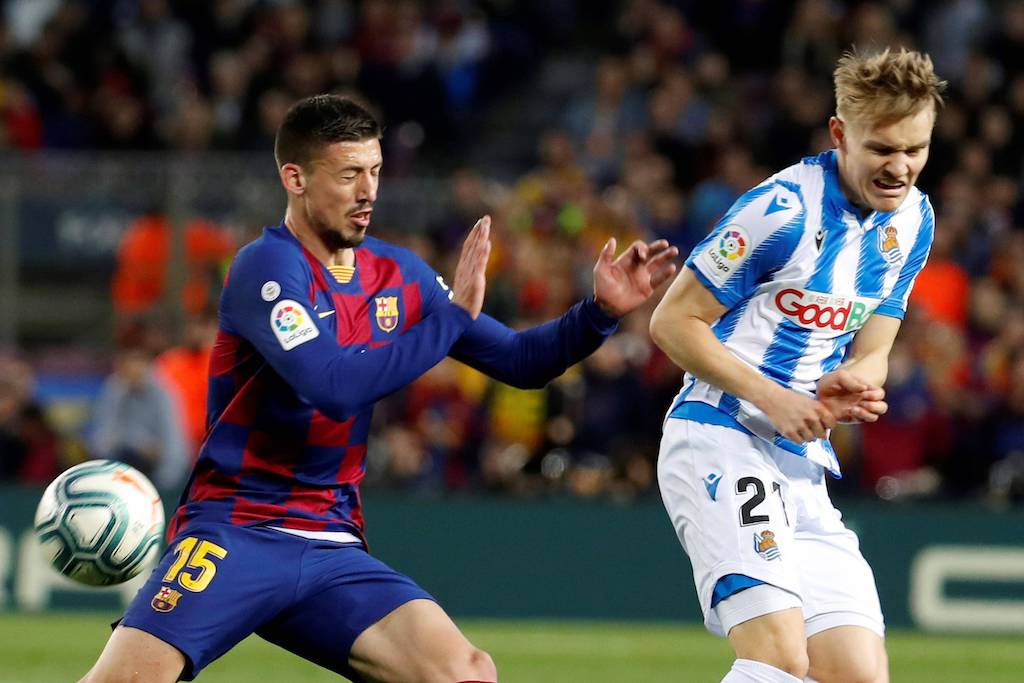 AC Milan are continuing to follow Real Madrid midfielder Martin Odegaard, a report claims, and Zinedine Zidane has commented on his future.

The 21-year-old is currently on loan at the Basque club until 2021 and he has been hugely impressive, amassing a combined 15 goals and assists for them this season in all competitions.

Tuttosport recently reported (via MilanNews) that Odegaard is a player prospective new manager Ralf Rangnick would love to work with at Milan, due to the face he can play as a central midfielder, attacking midfielder or on either wing.

According to Calciomercato.com, Odegaard is a player that Milan are continuing to monitor ahead of the summer transfer window, which promises to bring an overhaul in the midfield department.

Zidane spoke about Odegaard’s future in a press conference, and his words were transcribed by the same outlet.

“He is our player, this is positive because he is present and future. He is doing very well,” he said.

Meanwhile, Spanish outlet Don Balon are reporting the Premier League leaders Liverpool also want to sign Odegaard, with Jurgen Klopp confident that the club can put together the financial package needed to lure the €40m-rated man to England.