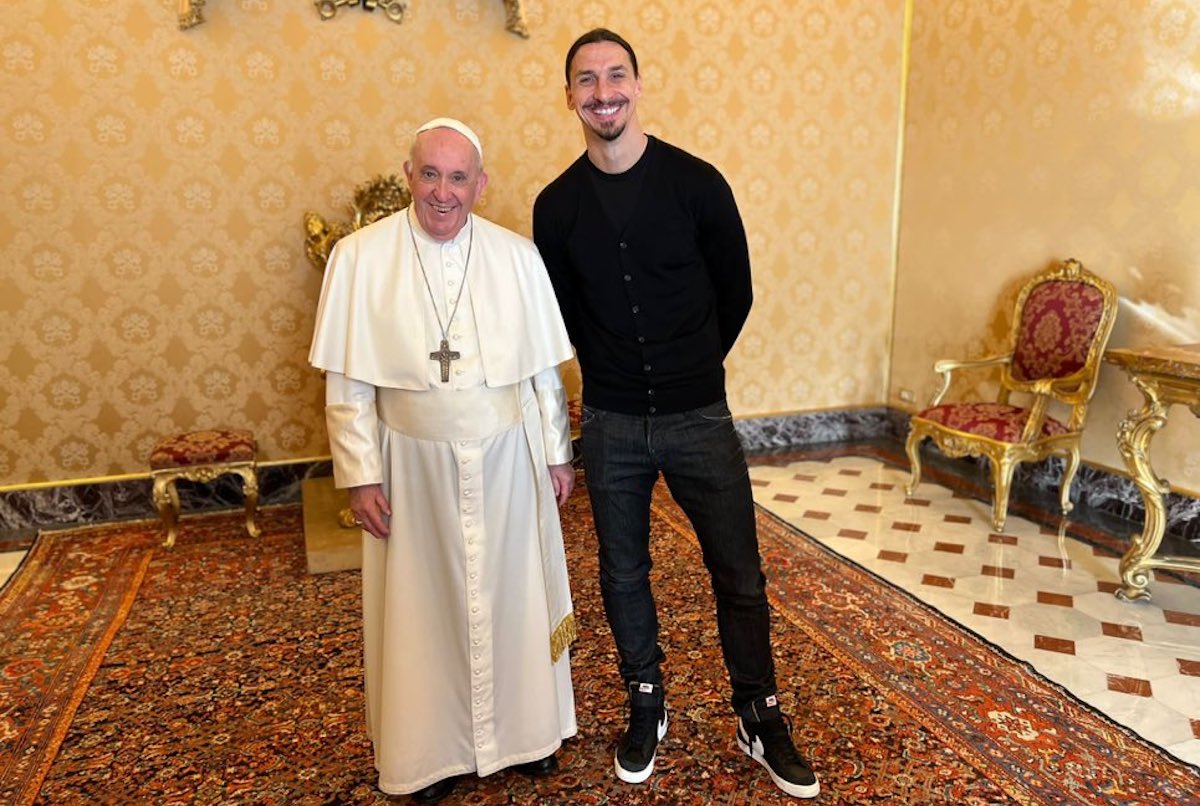 Zlatan Ibrahimovic met with Pope Francis today at the Vatican in Rome, posting pictures on his social media accounts to mark the occasion.

On his profiles he published a photo that portrays shows him with the Pope and the caption ‘Peace and Love’. As reported by La Gazzetta dello Sport (via MilanNews), the Swedish forward turned to the him after the greeting and said: “I brought something for you and I wanted to give it to you personally.” Ibrahimovic handed him a copy of his book Adrenalina’ and added: “This is a part of my story, it contains the description of my life and a small message.”

The pontiff replied that he will read it willingly and reciprocated the gift by handing him the book ‘Sport according to Pope Francis’. Zlatan also gave him a signed shirt and asked Pope Francis: “Do you like Milan? With this I do a bit of magic on the pitch.” The Pope smiled and thanked him for the gift.