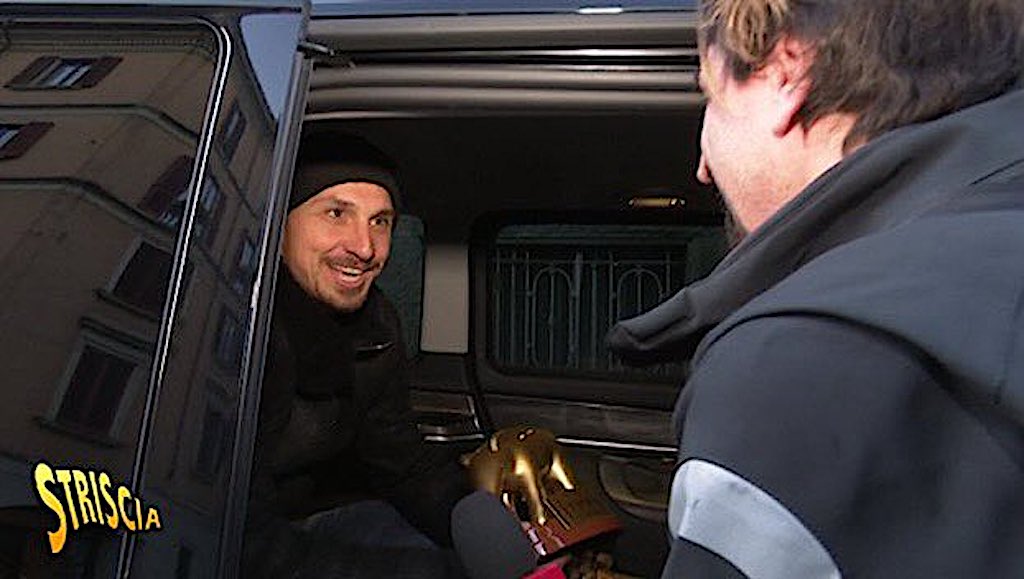 Zlatan Ibrahimovic responds after being given unwanted award by TV company

AC Milan striker Zlatan Ibrahimovic has been given the Tapiro d’Oro for this week after the Rossoneri’s derby defeat to Inter.

After a blistering first half from Milan in Sunday’s game at San Siro, during which Ibrahimovic scored and got an assist, the team collapsed in the second half as Inter scored four unanswered goals to win 4-2.

Ibrahimovic was given the ‘Golden Tapir’ – a special “prize” delivered to big celebrities or politicians who have had a bad week by Striscia la Notizia.

He said the following after being presented with the ‘trophy’ on camera: “It’s normal to be angry when you don’t win a game.

“I have a lot of passion for football and wanted to play in Italy. I am fine here. Things will be better in the next game.”