Gallery: ‘Let’s win all 11’, ‘Watch out for Vlahovic’ – the front pages of Sunday’s Italian papers

This morning’s Italian papers have focused on the Scudetto battle and the shortening amount of time Milan and Juventus have to catch Inter.

La Gazzetta dello Sport’s front page has the headline ‘The last train’ with the following comment: “Scudetto chase to catch up with Conte: it’s now or never.”

They reference Milan’s trip to Florence, stating it will be ‘Ibra from the start’ who is ‘still aiming for the title’. They also cite Pioli’s words: ‘Let’s win all 11’. Finally, there is a nod too to Milan’s reported interest in Fiorentina striker Dusan Vlahovic: “Watch out for Vlahovic, the Diavolo like him.” 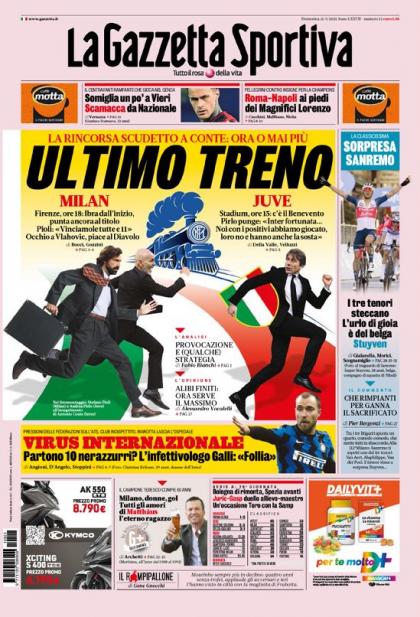 Tuttosport have gone with the following: “In Florence. Ribery and Ibra: history. Fiorentina-Milan is also the clash between two eternal champions.” 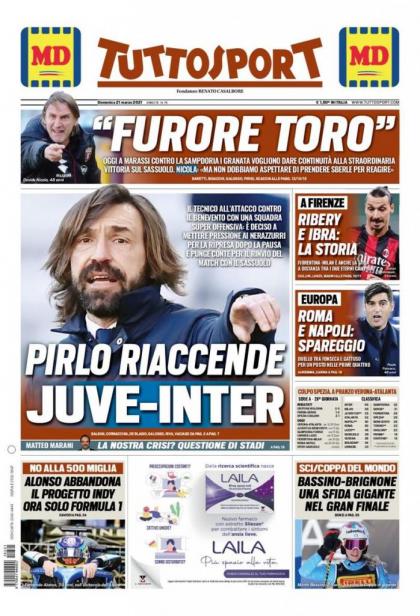