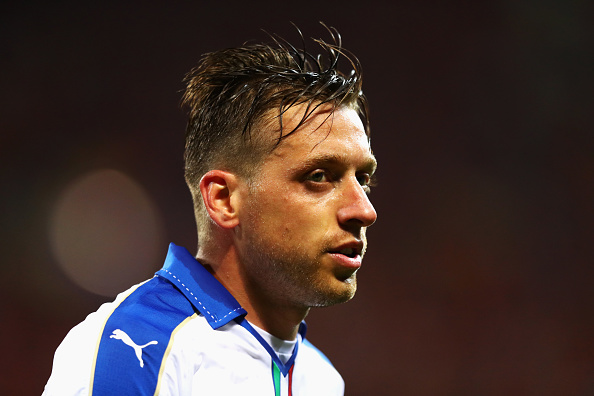 CM Exclusive: No talks with AC Milan over a move, says Giaccherini’s agent

Bologna star Emanuele Giaccherini has been linked with a move to AC Milan after that he scored the opener in Italy’s 2-0 win over Belgium on Monday night. Talking exclusively to calciomercato.com, he the player’s agent Furio Valcareggi has denied that the rossoneri have sounded out him on his client’s availability.

Giaccherini is one of the few Italian footballers who can play everywhere in midfield. Why does he not attract as much interest as other less versatile players?

“Being underrated is our strength, so there’s no problem about that.”

Did you receive calls from any club after Giaccherini’s goal against Belgium?

Not even AC Milan?

Could the player’s price-tag increase after the European Championships?

“It may happen. He belongs to Sunderland so they’ll decide his price.”

Could Torino be Giaccherini’s next club?

“It might be Torino or any other club. We’ve put all negotiations on hold because Giaccherini only wants to focus on the national team. We’ve promised Conte that our attention will only focused on the tournament. Once it’ll be finished we’ll make a decision over his future.”