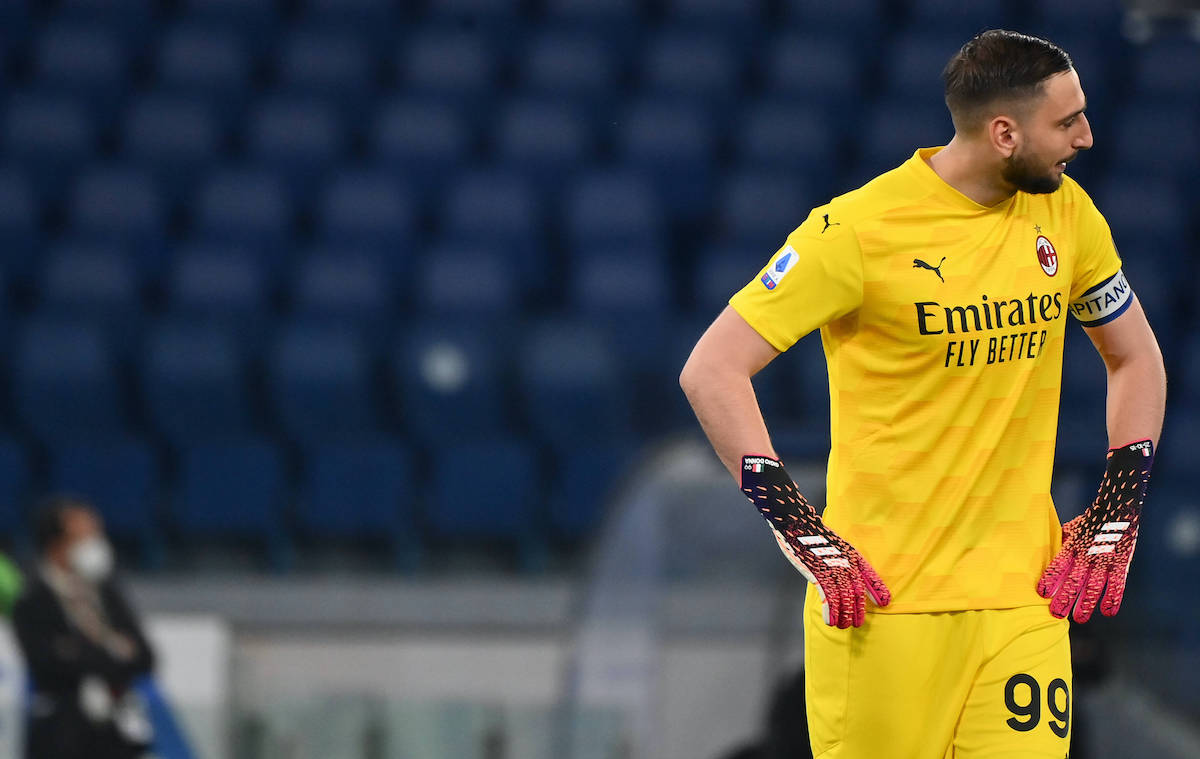 The Gianluigi Donnarumma saga continues to drag on and Juventus continued to be mentioned as a potential destination with increasing insistence.

As Calciomercato.com writes, after the 3-0 defeat to Lazio on Monday night Gigio was seen laughing and joking with former teammate Pepe Reina, invoking the anger of the Rossoneri supporters on social media.

Donnarumma tried to calm spirits at the end of the game with a message on his social profiles but it was not well received, so now the goalkeeper is called to respond on the pitch and also to Milan’s offer. Milan have had two different offers rejected and wants to understand if there are still margins to reach an agreement or instead complete the Mike Maignan operation.

There is already a general agreement with both the 25-year-old French goalkeeper and his club Lille, so the Rossoneri are well covered. The feeling is that Donnarumma is waiting for the end of the season before making a final decision on his future. In case of Milan qualifying for the next Champions League, he could renew.

PSG – after the renewal of Navas – have pulled out of a race that sees Juventus in the most authoritative candidate, but first they have to sell Szczęsny whose future could be in the Premier League even if nothing concrete at the moment.