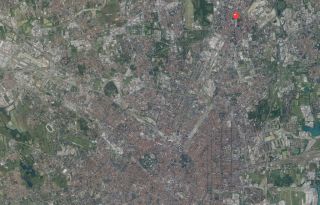 AC Milan and Inter have begun work on a ‘plan B’ for their new stadium, according to the latest reports.

The two clubs are wanting to proceed full steam ahead with their plans to construct a new home, with American giants Populous and Italian firm Manica the two competing firms.

The City Council recently voted that the project is ‘in the public interest’, though a number of conditions have been laid down in order for the approval to be granted, and Mayor Sala recently issued the warning that the current proposals are ‘impossible’ to approve.

According to il Corriere della Sera’s Milano edition (via MilanNews.it), Milan and Inter’s desire remains to build the new stadium in the current San Siro area.

However, they are continuing to keep another option open: that is to build on the former Falck Energy site in Sesto San Giovanni.

The paper adds that the two clubs met the representatives of the company that owns the area, while the technicians went to work producing drawings.

Given that the site is outside of the council’s control, the pressure is now back on Sala to ensure that the two clubs don’t leave the area.