AC Milan boss Stefano Pioli looks set to make a few changes to his starting XI for Wednesday night’s game at the Marassi against Genoa.

The Rossoneri will of course be looking to make it two wins in as many weeks in Genoa as they prevailed 2-1 against Sampdoria two rounds ago thanks to goals from Franck Kessie and Samu Castillejo.

With Ismael Bennacer and Matteo Gabbia having both picked up injuries during the 2-2 draw with Parma on Sunday, Sky are reporting that Gianluigi Donnarumma will have a back four of Davide Calabria, Pierre Kalulu (who would make his first league start), Alessio Romagnoli and Theo Hernandez ahead of him.

Sandro Tonali would start again in the centre of midfield alongside Franck Kessie, while Ante Rebic would remain as the centre-forward supported by a trident of Alexis Saelemaekers (back from injury), Hakan Calhanoglu and Jens Petter Hauge on the left. 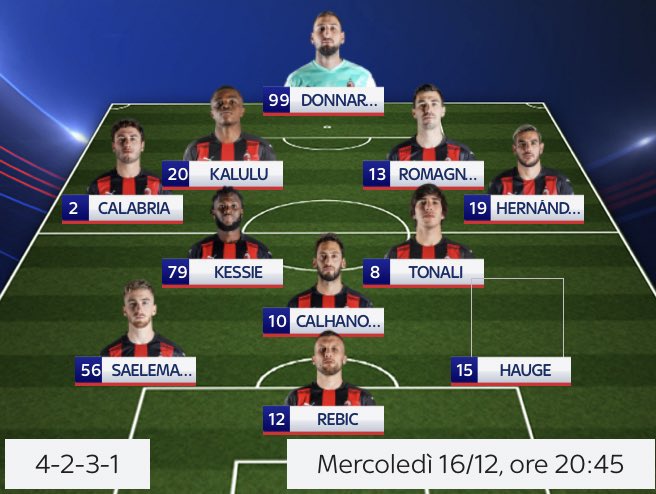