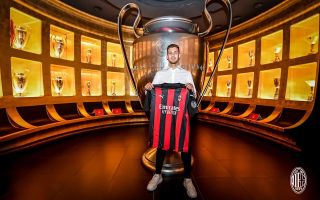 AC Milan have a good chance of signing Diogo Dalot from Manchester United on a permanent basis, but they will have to pay a substantial fee, it is claimed.

The Rossoneri secured Dalot as their final signing of the summer late last week, as the Portuguese youth international will arrive on a season-long dry loan deal from United.

We spoke to Dale O’Donnell of StrettyNews about what Milan fans can expect from Dalot, and now Paul Hirst of The Times – a journalist who deals with the two Manchester clubs – has given more information to MilanNews.

“I thought that with the arrival of Solskjaer Dalot would benefit from the attacking football of the new manager, but apparently Ole thinks the Portuguese’s defensive phase is too weak,” he said.

“To give you an example, that’s why he fielded Eric Bailly – a centre-back – at right-back in United’s big Champions League win against PSG two seasons ago.”

Dalot arrived at Milan on a dry loan, without any option or obligation to buy him. Is there any chance that United could sell the 21-year-old in the future if Milan want to buy him outright?

“If Solskjaer were to remain the United manager, I think it would be difficult for Dalot to return to play for United, unless he improves his defensive phase a lot,” Hirst added.

“Milan will probably have a good chance to buy him outright next summer, but I really believe that United will want a large sum for the full-back, certainly more than the 19.3 million pounds they spent to buy him from Porto, also given that his contract will expire in 2023.”