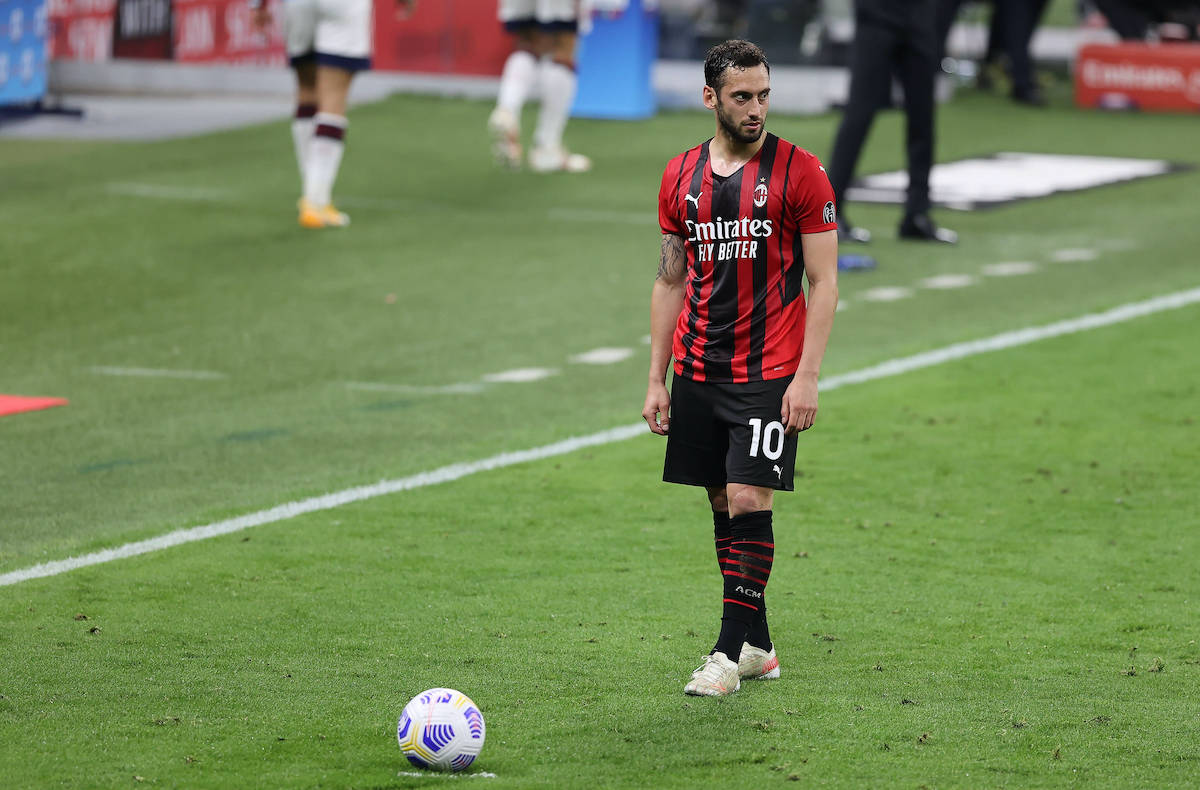 AC Milan are unhappy with the situation regarding Hakan Calhanoglu and his contract issue, according to a report.

As this morning’s edition of Tuttosport reports (via MilanNews), Calhanoglu’s stay at Milan is still uncertain. The Rossoneri have offered a renewal at €4m (plus bonuses), but the agent of the Turkish playmaker wants at least €5m. The agreement could depend on qualification for the Champions League, but it is not quite as simple as that.

According to what the newspaper says, the push and pull between the parties has ended up unnerving the fans, but also the management, who are not happy with having to persuade a player for so long.

Fabrizio Romano recently confirmed that Çalhanoglu has received a contract proposal from Al Duhail until June 2024 offering €32m net over three years as salary, but he wants to stay in Europe and is still in talks with Milan to extend his contract.