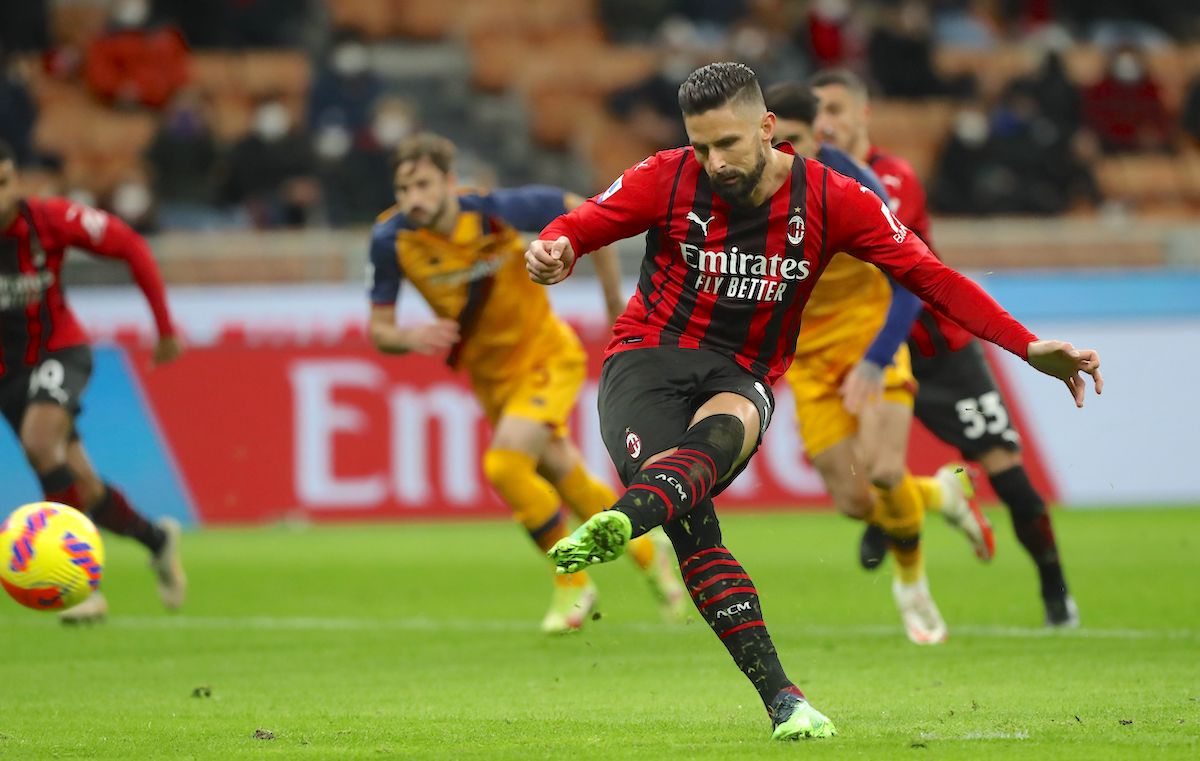 CM: Cup specialist Giroud to get the nod against Genoa – his numbers offer encouragement

Olivier Giroud will lead the line for AC Milan against Genoa in the Coppa Italia tonight marking his second home start in a row, and cup competitions are very much among his specialties.

According to Calciomercato.com, the Frenchman has scored scored 66 goals across 145 games in cup competitions during his illustrious career. He is also an FA Cup winner and he won the League Cup three times in England plus a Community Shield, while we must not forget that he won the Champions League and Europa League with Chelsea too.

Giroud so far has only netted for Milan at San Siro so it is perhaps a relief that tonight’s game is at home. He has five goals in the league so far including two goals against Cagliari, plus tallies against Hellas Verona, Torino and Roma.

In the hierarchies he is still behind Zlatan Ibrahimovic, but by scoring continuously he could change Stefano Pioli’s plans, while of course there will be a natural rotation of the pair anyway.