AC Milan failed to bounce back from the big defeat against Atalanta, claiming just one point at home against Sampdoria.

Tuesday’s edition of La Gazzetta dello Sport (via MilanNews.it) offers their player ratings for the game, from which Gianluigi Donnaurmma emerged with the top score, registering a 7.5/10 after a couple of heroic saves.

Mateo Musacchio and Rafael Leao both got a 6/10, while captain Alessio Romagnoli was awarded a 5.5 after a shaky game. There were 5s for Davide Calabria, Rade Krunic, Giacomo Bonaventura, Hakan Calhanoglu and Krzysztof Piatek.

The worst on the pitch, however, was Suso (4), who disappointed again and it was the Rossoneri who took the most whistles of all. 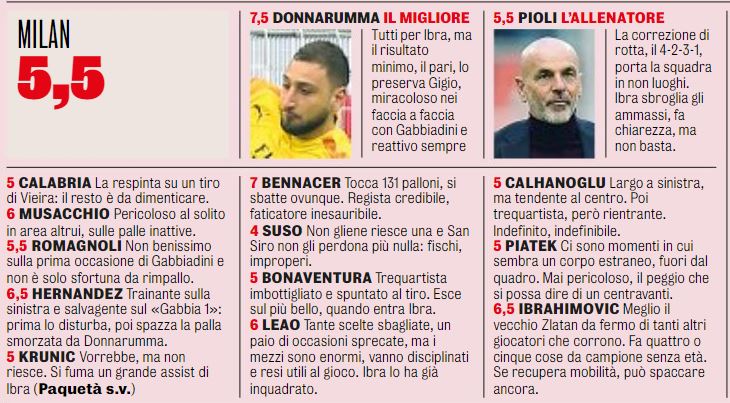