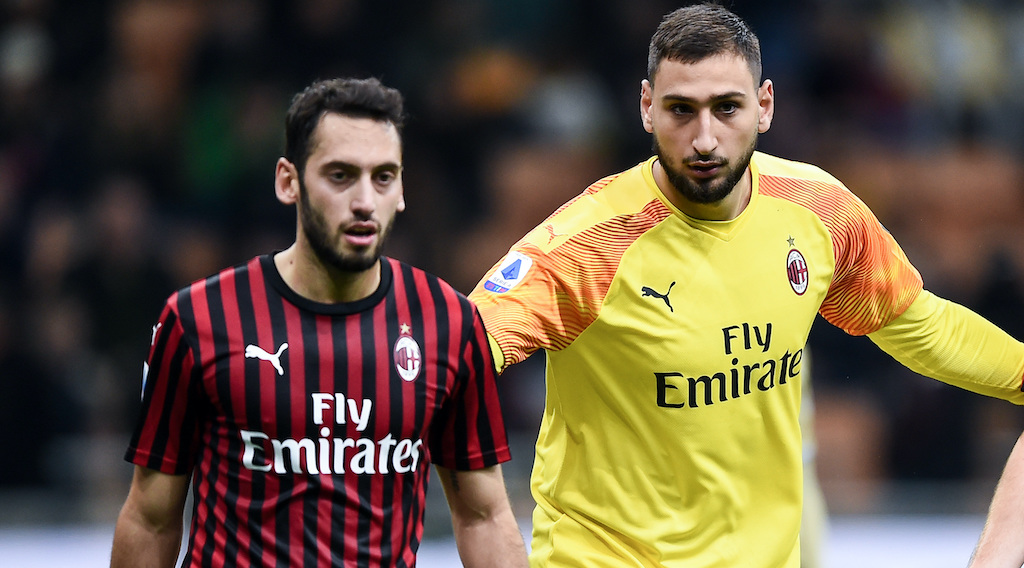 Both Gianluigi Donnarumma and Hakan Calhanoglu are likely to renew their contracts with AC Milan, according to one journalist.

The situation surrounding the duo has developed into somewhat of a saga as both are on deals which expire in June 2021 and despite reports of ongoing negotiations, it doesn’t seem as though a total agreement is imminent for either.

According to Turkish journalist Ekrem Konur on Twitter, however, things are positive from the Rossoneri’s point of view. He reports that Çalhanoglu and Donnarumma both want to stay at Milan and that their agents continue to talk with the Milan management in a positive way.

He adds that in his personal opinion, both players will continue their careers at San Siro with the Rossoneri, which should be music to the ears of Milan fans given their performances since the turn of the year.

READ MORE: Gross salaries of all Serie A clubs revealed as bad news arrives for Milan, Inter and Juventus