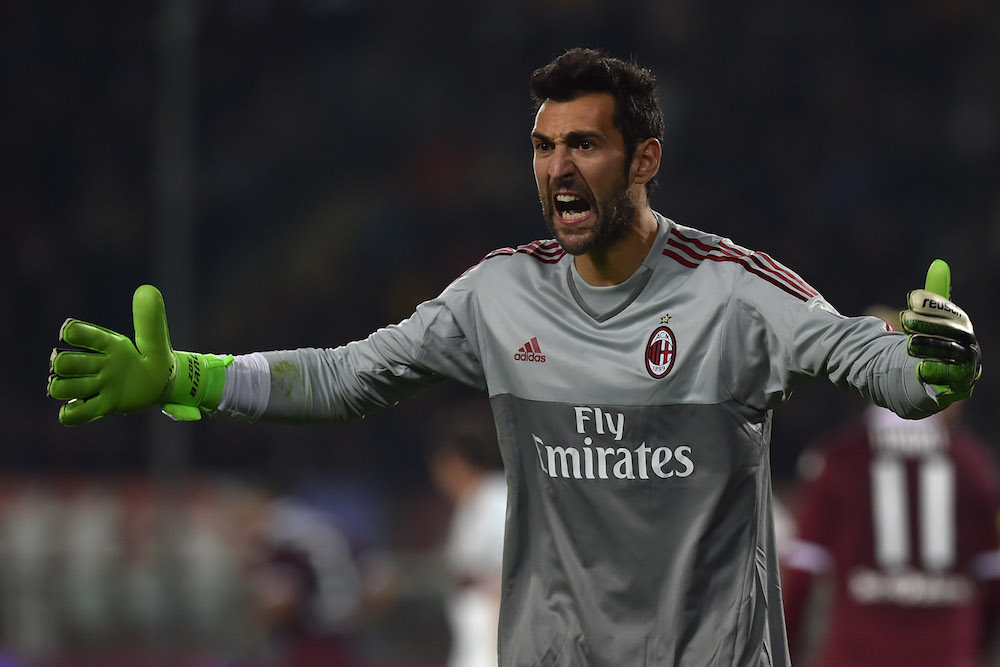 Lopez to leave Milan this summer amid Premier League interest

Milan goalkeeper Diego Lopez is ready to leave the club in the summer.

Frustrated at the lack of first-team action due to the emergance of teenage sensation Gianluigi Donnarumma, the 34-year-old will seek pastures new for next term.

The Premier League is his preferred destination with Everton and Bournemouth both believed to be interested, although no official approach has been made by either club.

A return to his homeland is also a possibility, with Celta Vigo thinking about offering him a lifeline to re-start his career.

Lopez played eight Serie A matches for the Rossoneri this campaign, conceding 14 goals and failing to keep a clean sheet.