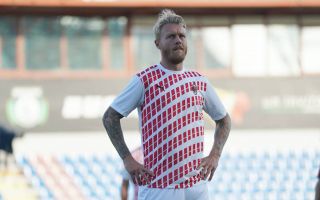 Two players in particular were single out for praise by Tuttosport’s player ratings for AC Milan’s win over Crotone.

Milan made it two wins from two in Serie A as they saw off Crotone 2-0 at the Stadio Ezio Scida on Sunday evening. Just like on Monday night in the league opener against Bologna, it was a goal in each half that did the business for the Rossoneri, with Kessie netting a penalty and Brahim Diaz adding the second.

According to Tuttosport (via MilanNews), Brahim Diaz was the best on the field against Crotone, receiving a 7 out of 10 with the following praise: “already on his first start he shows why Maldini wanted him to raise the quality in the attacking sector”.

The other players who received a 7 includes Kjaer, Theo Hernandez, Kessié and Calhanoglu, while Calabria, Gabbia, Saelemaekers and Rebic all got a 6.5.

Donnarumma, Tonali and Colombo all received a 6, but the paper were not impressed with Bennacer and Castillejo (5.5). The Algerian was “too static” and angered Pioli, while the Spaniard played in a “casual” way.